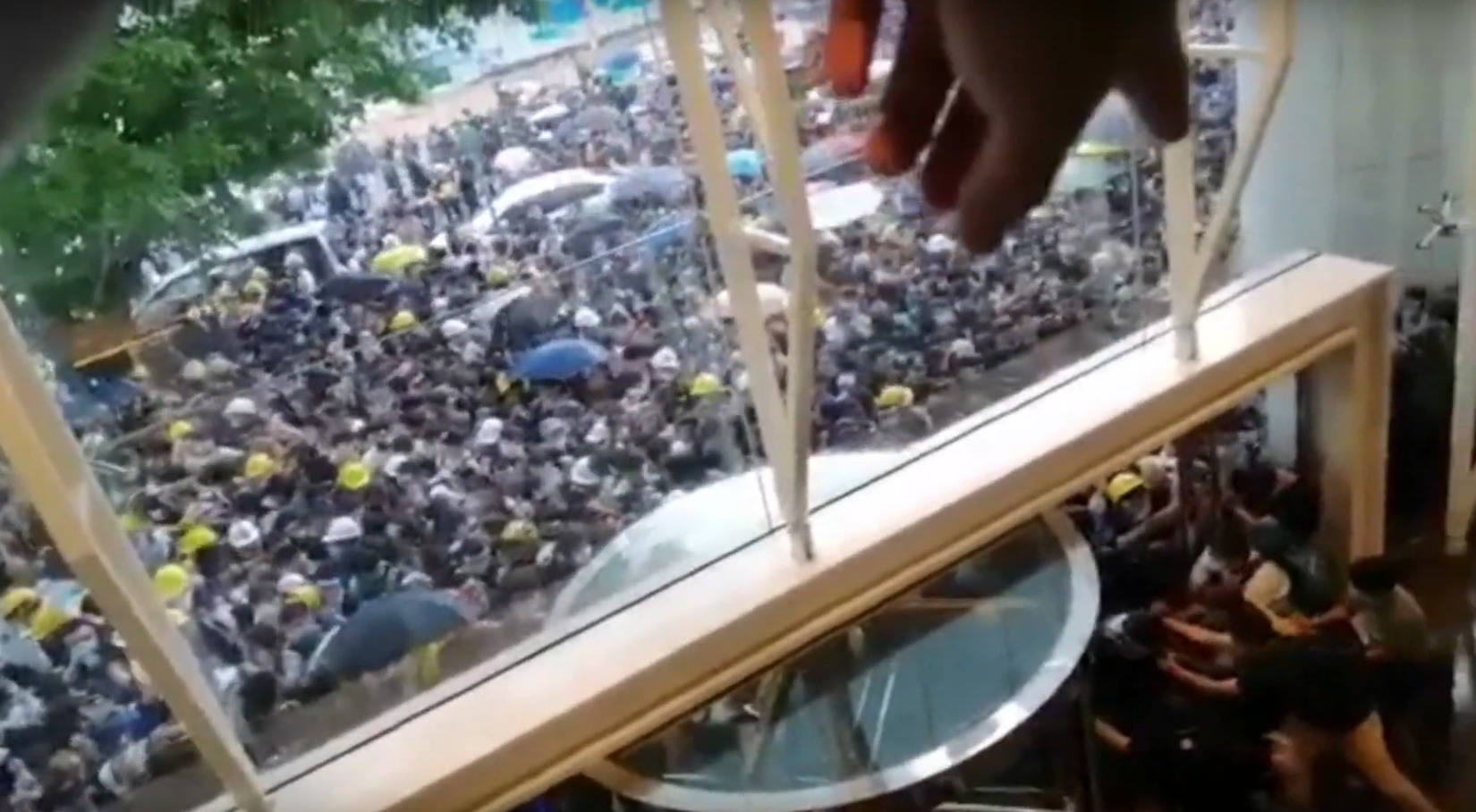 Online forum netizens uploaded footage on 17th June which recorded how demonstrators gathering outside the Central Government Offices on the afternoon of June 12th, in protest against the Extradition Bill (amendment), were suddenly attacked by police with tear gas in a pincer movement, resulting in the crowd rushing into Citic Tower nearby.

The footage showed that one side of the main door at Citic Tower was locked at the time, and the crowd of protesters were only able to enter the building from the other side and through the revolving door in the middle; it also showed how some protesters tried to break the glass on the locked side of the main door but to no avail. The sheer size of the crowd meant that protesters were not able to flee into the building to escape, and yet the police continued to fire tear gas upon the protesters, potentially resulting in a tragedy whereby protesters trampled upon each other in panic. The netizen who uploaded the said footage asked everyone to continue providing necessary information and material, in order to reveal the truth of what happened that day.

Many Hong Kong netizens who seen the footage were shocked. Some were of the opinion that a formal complaint should be lodge at the Complaints and Internal Investigations Branch, while other netizens said that the incident and its perpetrators should be taken all the way to the International Criminal Court.

Police Commissioner Joseph Lo responded in press conference, stating that the level of force employed on the day in question were at the discretion of the field commanders, in an effort to heap the responsibility of employing excessive force upon his subordinates.