熱血時報 | Police made no arrest even after entering Nam Bin Wai Village: we did not see anyone having weapons of assault

Police made no arrest even after entering Nam Bin Wai Village: we did not see anyone having weapons of assault 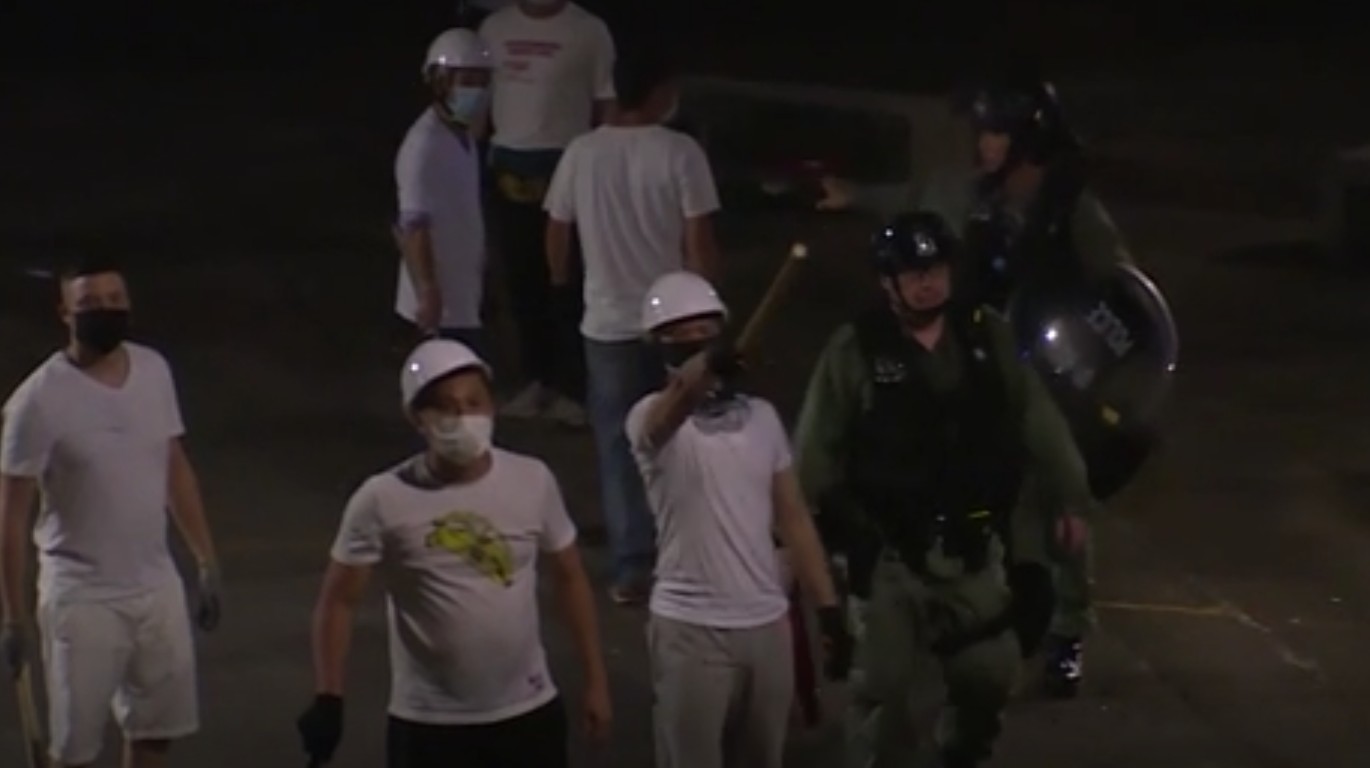 A bunch of thugs with influence in Yuen Long, dressed in white tops, went about indiscriminately assaulting local residents and passengers at Yuen Long Station with weapons such as canes and wooden poles last night; up to 45 people were injured with one in a critical condition.

Soon after midnight, a gang of people wearing helmets and dressed in white tops openly gathered outside Nam Bin Wai Village; a large contingent of anti-riot police arrived and entered the said village for further investigation, with some of the alleged thugs leaving not long after.

Superintendent Yau Nai-Keung, assistant commander of Yuen Long District, met with the media and claimed that the fight was a merely a dispute between two groups of people with different political views, and that “neither side could be seen in possession of any weapons of assault”.

Keung also stated that because the police could not confirm whether people in Nam Bin Wai had been involved with the incident at Yuen Long Station, no arrest had been made.