熱血時報 | Lesson in life and death: best to keep your cool when organising a funeral

Lesson in life and death: best to keep your cool when organising a funeral 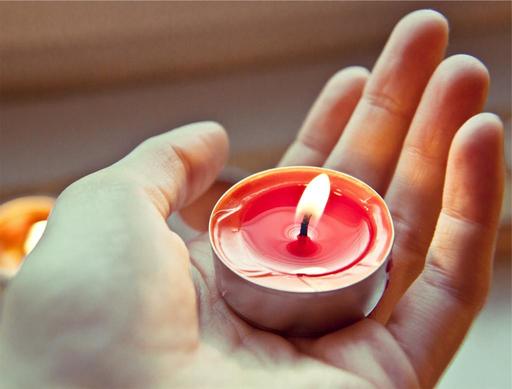 Approximately, more than 40 thousand people pass away in Hong Kong each year, and 85% of the deceased had chosen to be cremated. This article will outline what happens in a cremation during the course of a funeral; and it is best to keep in mind to “keep your cool”, in order to avoid making the wrong choices and arrangements as well as unnecessary arguments due to running high on emotions and confusion.

If the deceased passed away outside of a hospital, there is a great chance that the body would have to undergo a dissection at the coroner’s to establish the cause of death. If one’s loved one wishes to spend their last day at home and does not wish to be dissected, one can prepare the medical records beforehand so that they can be submitted to the coroner to apply for no dissection. If it is determined that nothing is amiss, the coroner can then make the suggestion at the coroner’s court.

It is very important that one must not be in a rush nor panic when organising a funeral, as hospitals in general will take two or three business days after the passing away of the deceased before required documentations would be issued to the decease’s relatives. These documentations would consist of a Medical Certificate of the Cause of Death, a cremation permit (or burial permit), and a Permit for Removal and Burial of Dead Body. If the public mortuary is awaiting dissection, then one would need to wait for two more business days. So before one has received the necessary documentations, there is nothing more to be done in terms of administrative procedures and therefore one can use this waiting period to discuss with the family about other aspects of the funeral (such as choosing the religious funerary rites, a photo of the deceased, etc.); alerting friends and relatives about the passing of the deceased; as well as finding out whether overseas relatives are able to return to Hong Kong and when in order to choose the date of the funeral.  This is because in general the date of the funeral is same as that for the pre-booked cremation.  Therefore, there is no need to hurry at this time in discussing the funeral with a funeral director until one has the necessary documentations at hand, as the application for booking the crematorium and transportation of the deceased can only be done by the funeral director.

After choosing a funeral director, the funeral company will organise one of their staff to accompany one to reserve the date of the cremation at the Cheung Sha Wan Government Offices or the one at Wu Chung House, Wan Chai. Due to the shortage of crematoriums, the average waiting time is around a month or so. The Joint Offices also do applications for the Certificate of Registration of Death, which can be used for insurance claims, application for a grant of probate, application for public housing and to establish kinship when applying for joint burial. Basically, as long as the time between the passing of the deceased and the funeral itself does not exceed more than six weeks, there is no need to rush.

Actually, there is also no need to get stressed out over other small matters. Deciding on the venue for the funeral can be done after one has inspected their choices, for the size of it much depends on how many people will be attending – too big will make it look empty, too small and guests would feel overcrowded. Other things such as floral plagues, condolence banners, traditional mourning attire, coach bus, condolence tokens for guests and joss paper can be arranged by the funeral director, but whether such things are extras or part of the entire funeral package should be clearly dealt with beforehand to avoid disputes later on.

On the day of the funeral, staff from the funeral home will accompany one to reclaim the deceased but don’t be fooled by what one sees on TV dramas, as reclaiming the body isn’t simply by facial recognition as there maybe some minor alterations to the deceased facial features for one, and surviving family members would inevitably be very emotional during this time as well. Consequently, it is best to correctly identify the deceased via the name and identification number written on the tag around the deceased’s wrist, or the deceased identification card number. After the deceased arrives at the funeral home, the body would be cleansed, given make-up and clothed. If one is not satisfied with the make-up then requests can be made; if one does not want the provided funeral shroud for the deceased then one can provide their own. However, one must be aware that tight fitting clothing may not be usable. In the past, an overnight vigil over the deceased as part of the funeral is a common practice which meant staying overnight at the funeral home, but nowadays family and relatives would go home by 9pm. It is advisable that there is ample rests so that they can prepare for the cremation the following day.

Related episode: the fourth part of the 1117th episode of Good Morning Hong Kong, titled the same as this article’s.
http://www.passiontimes.hk/prog/85/1117/4