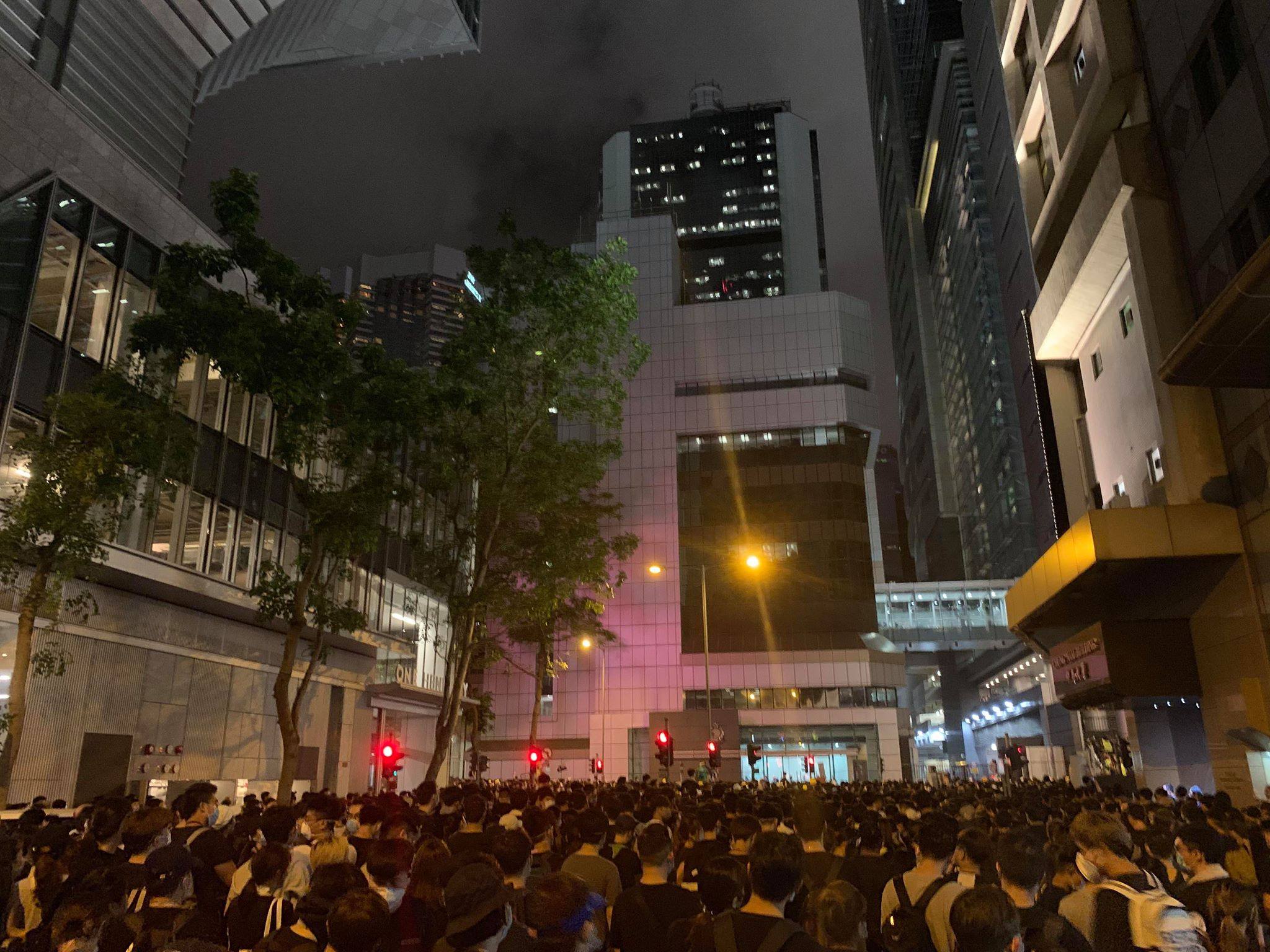 Demonstrations have continued to erupt in Hong Kong in the past few days, but the next lot that should really take to the street is the Hong Kong Police Force.

On June 21, 2019, the Hong Kong Police Headquarters was besieged by fellow Hong Kongers. While the staff working at most government departments were able to clock off early one by one, only the cops could not. Who can they blame? Why, the Carrie Lam administration of course! Police Commissioner Stephen Lo too!

The government incurred the wrath of the populace when they forcibly pushed for the legislation of the Fugitive Offenders and Mutual Legal Assistance in Criminal Matters Legislation (Amendment) Bill 2019 (aka the “extradition bill”). Fearing the storming of the Legislative Council Building, the government adjourned upcoming LegCo meetings. Fearing that the Central Government Offices would also be attacked, the government temporarily shut down its headquarters for the day. So why didn’t the government allow those working at the Police Headquarters to leave early as well? Why did the government leave its police force behind to be besieged?

On June 12, the government ordered shots to be fired upon Hong Kongers, in order to deal with Carrie Lam’s administration’s political problem. Afterwards, Lam denied that she was the one who designated the protest “a riot”. Stephen Lo, the Commissioner of Police, blamed the decision on the commanding officers at the frontline.

Now when Hong Kongers are seeking justice and want someone to be held accountable, Lo didn’t even hold a press conference to address this. Instead, he allowed the populace to freely direct their fury towards the frontline, rank-and-file police officers. For all those police officers still serving on the force, please ask yourself this: was it you that pushed for the damn extradition bill in the first place?

Carrie Lam heaped her political responsibilities onto the police, destroying the police force’s public image, and ruining Hong Kong’s law and order in the process.

With the government decides to bury its head in the sand – or asking its staff to get off work early so that everyone can bury his/her head in the sand – it has effectively pitted the police force against the public. The police force has been used by the government as a hooker on an emotional level, for the populace to vent their pent-up frustration. And after all this, they may end up being subjected to investigation.

Let me reiterate: this is a political affair. Hong Kong police, is dealing with polices a part of your job description? You don’t mess with politics, but instead it is messing with your backside? So who’s the one messing around in the back? You turn around but see no one, because all government officials have left work early already. (1)

Police officers, are you angry? Do you want your voices heard? Do you cops happen to know how your “Junior Police Officers Association” (JPOA) came about?

JPOA was established because your senior comrades, those who came before you, made a stand and fought for it in 1977! The colonial British government at the time, in an attempt to rid the police force of corruption, almost implicated every member of the police force. Your fellow police officers at the time took to the streets and stormed the government office building in order to trash the ICAC. The government backed down after seeing the police’s valiant resistance. They extended an olive branch and decided to pardon any previous misdemeanours. They also setup up the JPOA in order to protect the rights and welfare of the police force.

If you revisit your history of the past 77 years, you, the Hong Kong Police Force, would know that regardless of whether your boss is the Queen or Communist China, the government has always been a coward with no backbone.

So if you still don’t feel like flipping out now, you’ll continue to be used by the government as the scapegoat. So you thought it’s too “political” to demand Carrie Lam’s resignation? How about ousting Stephen Lo then? Be honest with yourselves: are you really sure that you still want to call him “big brother” after this?


Translator’s note:
The phrases “don’t mess around behind me” or “don’t mess with my backside” have become something of an in-joke amongst protesters in Hong Kong. They first came about on the night of June 11, when the cops were randomly detaining youths inside MTR stations prior to the city-wide job action planned for the next day. Some Hong Kong lawmakers went there to investigate but ended up in a debate with the cops, until the commanding officer suddenly shouted “stop messing around in the back”, then turned around only to see his own subordinates facing the protesters. The whole incident was caught on camera and many people jokingly asked if there was something paranormal at play.