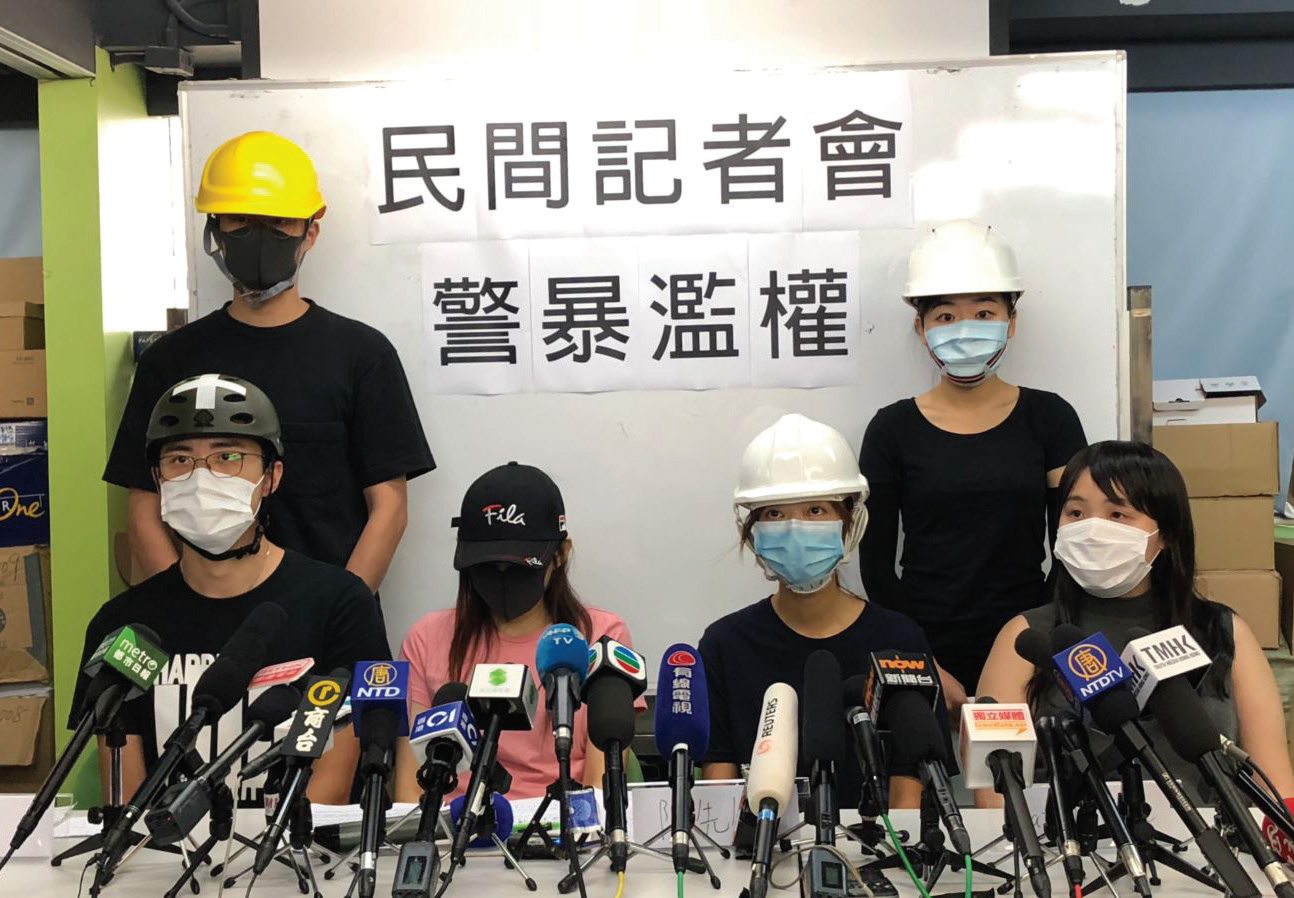 On the 2nd of August, 2019, the Chinese Foreign Ministry denied the idea that Hong Kong’s flowing water resistance is leaderless. Thus young leftards created a leadership platform called the “People’s Press Conference”, as part of the same product line as the “Civil Human Rights Front” and the “Intercommon Institute”. As of the 15th of August, this “People’s Press Conference” has met with the press for the fourth time, but with little effect.

What does “the people” mean? The word smells of the ignorant early years of the first Chinese republic. The people are faceless, leaderless and laissez faire; and it is so called because they are happy to enjoy their life away from the political arena of the imperial court. However, do they exist? Li Bai, the one who would delay his audience with the Emperor even when summoned, is an acclaimed poet in the Tang dynastic court. Tao Yuanming, the countryside recluse who refused to bow like a servant for five bushels of grain, came from a long family line of scholar-officials. For the average folk, when the authorities beckon with the promise of a fiefdom, they went gratefully to accept their salary from the imperial court.

The phrase “the people” made its appearance during the Song Dynasty. In the first volume of the Events from the Xuanhe Period during the Song Empire, it reads: “The Green Sprouts Loan Program had little benefit for the the people, yet the government insist on making life hard for the farmers”. In the Ming Period short stories collection, Amazing Tales: First Series (Volume 5), it reads: “… Shrines to the Tiger Matchmaker were erected by the peoples everywhere and people went there to pray with reverence if one had marriage union they want to succeed, not one prayer went unanswered.” Therefore, the traditional idea of the “the people” is a rural society worlds removed from that of the scholar-official’s, and yet is the world where the latter had grew up before being part of officialdom.

The idea of the people grew in popularity during the early years of the first Chinese republic and it endowed the top-down-minded modern intellectuals with a sense of the Enlightenment. “Going to the people” has become the movement slogan that originated sometime during the May-Fourth Movement, which sought to bring down the supposedly traditionalism of the scholar-officials, then made even more popular by the Narodniks and the Japanese anarchist “New Village Movement”. At the end of 1973, the Narodniks in put into practice the notion of “going to the people” by going to rural communes saw cultural movements arising in the towns and cities. Under the influence of Russian Peter Kropotkin’s theory of mutual support and Tolstoy’s Pan-Labourism, the Japanese novelist Mushanokoji Saneatsu started the “Atarashiki-mura (New Village) Movement”, which established a quasi-socialistic utopian commune. With dozens of participants, they choose a piece of land where they put into practice a system based on ideas such as communal labour, mutual support and equal distribution to experience the “natural life of primitive people”. Here everyone supports each other and participates in labour, and only through participating in labour would people obtain the material resources necessary for living, without worrying where one’s clothing and food came from.

Left-wing intellectual Li Dazhao in his article titled “Youth and Village”, published on the newspaper Chenbao (Morning News) from the 20th to 23rd February 1919, said that “if one wants to infuse this new civilisation of the modern times into society from the roots up, it is vital that the intellectual and working class be brought together as one.” Li discovered that there was a dichotomy between the lives of young intellectuals and that of the working masses hence called for these young intellectuals to go into the villages in order to bridge the gap and construct a new way of living. He introduced the Russian Narodnik way of living as a model for these youths in order to mobilise them to head off for the rural areas: “there are many [Russian] intellectuals with ideals that have abandoned their family fortune for the countryside, unperturbed by the difficulties and hardships ahead, in order to promote humanitarian and socialist principles. Sometimes they (the Russian intellectual youths) would talk with them (the peasants) during their breaks, other times working together with them (the peasantry), by each drop of their blood and sweat did they demonstrated their empathy with them. Occasionally, they would also gather the elderly, women and children together to converse under the lamplight, who would then bring up their pains and agonies to augment their (the intellectual youths) knowledge. Some would be consulted by the government, some fleeing to the ends of the Earth or others would become ensnared.

The “going to the people” movement have even extended itself to the ethnographic collection and research of folk songs and customs. While modern intellectuals hoped to find romantic poetry amongst the country folk, what they found instead was unfortunately the degradation of high, upper culture; whereby many folk songs are the secularised versions of Yuefu poetry of the Han era and Tang poems. Indeed, the tale of Lady Meng Jiang actually originated from a story found in Zuo Zhuan: in the 23rd year of Duke Xiang of Song, the protagonist of which was the wife of Qi Liang, a warrior from the Kingdom of Qi during the Spring and Autumn Period.

Confucian teaching in regards to society is the distinction between that of the Gentleman and the Common Man; in The Analects: Li Ren it reads, “The Gentleman converse of morality, while the Common Man talks of benefits”. The Gentleman understands morality and justice, while the Common Man only knows profits; yet there is no ranking in terms of superiority, only distinctions of responsibilities, where the gentleman and the common man each have their own stations in life. The common man refers to the morally narrow-minded, insignificant peasantry that have the freedom to live as they wish, without being required to bear responsibilities for the burdens of the world and whom the gentleman should not try to enlighten. When the intellectual is outside of officialdom or have left the corridors of power, they are now their own private person and not part of the people. When an intellectual opens their own college of learning, it’s a private class and not a public institute for learning. A human rights movement that is for the benefit of the general public as a whole is not the “Civil Human Rights Front” but rather should be the “Hong Kong Human Rights Front”; a personal, anonymous press conference for protesters shouldn’t be the “People’s Press Conference” but a “personal press conference”. The word “the people” is a conceptual residue poison from the May Fourth Movement that has been circulated around for decades, just like “New Cultural Movement” and “New Youth”, which has continued to be a menace to society.