熱血時報 | Cheng Chung-Tai and Wan Chin issued a joint letter to US government on October 1st, urging them to pass legislations in relation to Hong Kong

Cheng Chung-Tai and Wan Chin issued a joint letter to US government on October 1st, urging them to pass legislations in relation to Hong Kong 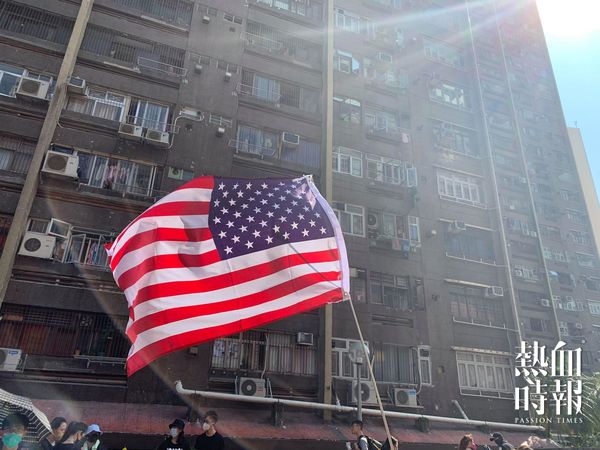 In response to the recent escalation of violence perpetrated by the Hong Kong SAR authorities and the HK Police, Civic Passion Chairman and Legislative Council member Dr. Cheng Chung Tai issued an open letter conjointly with Dr. Wan Chin, Founder of the Hong Kong Resurgence Order, on the First of October, 2019, urging members of the US Congress to pass and “forcefully enforce” proposed legislations in relation to Hong Kong, in order to sanction the Chinese communists for their tyranny.

The letter started with a clear statement that even though “some compare Hong Kong to former West Berlin, which was triumphant in 1990. We may foresee Hong Kong as Saigon of former South Vietnam, which fell in 1975, if legislations mentioned below are passed, but not forcefully enforced, and eternal vigilance is not maintained.” The letter went on to state: “The People’s Republic of China (PRC) has already declared 1984 “Sino-British Joint Declaration” as “void and only covered the period from the signing in 1984 until the handover in 1997”, and repeatedly violates its own “Hong Kong Basic Law” … Hong Kong resident [are] subjected to arbitrary or unlawful arrest, detention or imprisonment [and] Torture “; this illustrates that “the United States’ miscalculation of PRC’s strategic intention, and the subsequent “Engagement Policy” [making the] 1997 Handover possible [and ] Hong Kong’s Democratic and Autonomy aspiration … under-supported …” The letter urged “United States senators and representatives who are still undecided” to awaken to “the PRC’s true nature”, allow the passing of the bill, and give Hong Kong “a glimmer of hope”.

The letter also stated that “in December 2018, HKSAR’s Security Bureau sent seven high ranking officials to Xinjiang to “study counter-terrorism methods”…. the Secretary for Security John Lee Ka-Chiu said that “everything we saw was humane””, and in addition to the HK Police Force constantly calling protesters as “cockroaches” in recent months, as well as the Acting Senior Superintendent (Operations) of New Territories North Region Vasco Williams calling a protester being “lynched” by police officers” as “a yellow object”, demonstrated that “Hong Kong people who are unwilling to conform with CCP’s values could eventually receive Uyghurs-like treatments, or even a downright genocide”; thus the US Congress has “a basic moral obligation … to vote “aye” for all upcoming legislations regarding Hong Kong… so as to nip this early stage of humanitarian disaster in the bud.”

The letter also brought forth the issue that “since the First of September … there were widespread allegations of serious tortures and sexual assaults against protesters at … the remote San Uk Ling Holding Centre”, in addition to the “unusual high count of suicide … unilaterally declared by Hong Kong Police Force as “nothing suspicious”, demonstrated that there are “reasonable suspicions” that “the authorities monopolized forensic investigations” in order to “cover-up” “fatalities of police retaliatory lynching”. Therefore, the Americans must pass this legislation and warn [China] that the US can “withdraw admission of Hong Kong’s unique status”, as well as pass the Hong Kong Human Rights and Democracy Act of 2019 which would sanction the Hong Kong Police Force, current and former PRC leaders, officials who had contributed to this exercise of tyranny, as well as triad members who had carried out attacks against protesters. And “since Xi Jinping is reverting to Maoist ideology and policies with a vengeance”, the United States must pass all relevant bills in regards to Hong Kong, in order to ensure that the “classical liberal traditions of Hong Kong” in relations to the “One Country, Two Systems” would be preserved, even if at the expense of Hong Kongers’ livelihoods – just as back when the United States was fighting against the “the yoke of ruthless rule by Imperial Japan”, where the United States had to make military attacks even if it resulted in civilian casualties, stating that members of the US Congress should view the current situation in the same manner.

The letter at the end made an appeal to Americans at large the need to understand that, despite Deng Xiaoping in 1992 claiming that they were no longer communists, they are still strictly Leninists in term of Party structure; that “their brand of “Socialism with Chinese Characteristics” is, in a nutshell, not Classical Laissez-faire Capitalism, but State Capitalism, whereas Umpires and Ballplayers rolled into one”, so that China can profit from Chinese-American trade and “use their trade surplus to vastly modernize their military”, as well as suppressing anyone who are “not absolutely obedient to the CCP”.  So if the Americans would not take any action, the letter warned that “PRC [will surpass] the USA and attains the number one superpower status … and what [is] happen to [Hong Kong] right now, will befall upon all [Americans].”