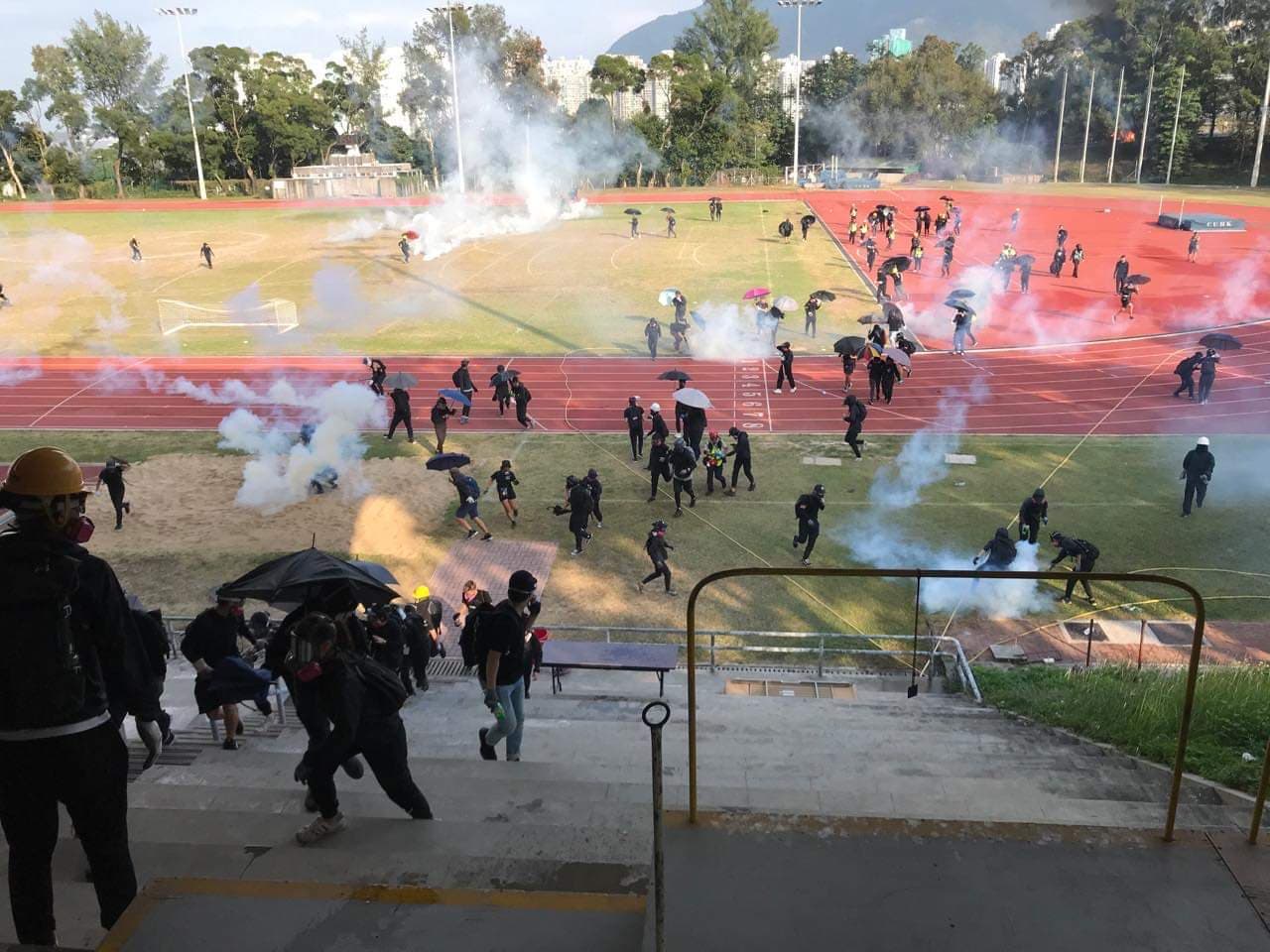 Residents of Hong Kong launched “Operation Dawn” on the 11th November, 2019, setting up blockades at various districts. Police during their 4 o’clock press conference on the 12th said that a total of 287 people have been arrested.

Those apprehended included 209 male and 81 female, their age ranges from 12 to 82 years of age. Kong Wing Cheung, Chief Superintendent from the Police Public Relations Branch stated that 190 students were among those arrested on the 11th, which constituted almost two-thirds of the total number of arrest.

Kong Wing Cheung also stated that “masked rioters” gathered near multiple university campuses, throwing various objects onto the road below from bridges that connected Hong Kong University and City University with their surroundings, stressing that he had never heard of throwing objects from great heights is ever part of fighting for democracy, as well as pointing out that petrol bombs were thrown at police lines, as well as having discovered bows and arrows and other similar lethal weapons. He emphasised that they will not allow any place in Hong Kong to become a hiding spot for criminals, stating that institutions of learning are not private premises, and that even without a search warrant, the Public Order Ordinance authorises the police to enter places such as shopping centres to discharge their duties.