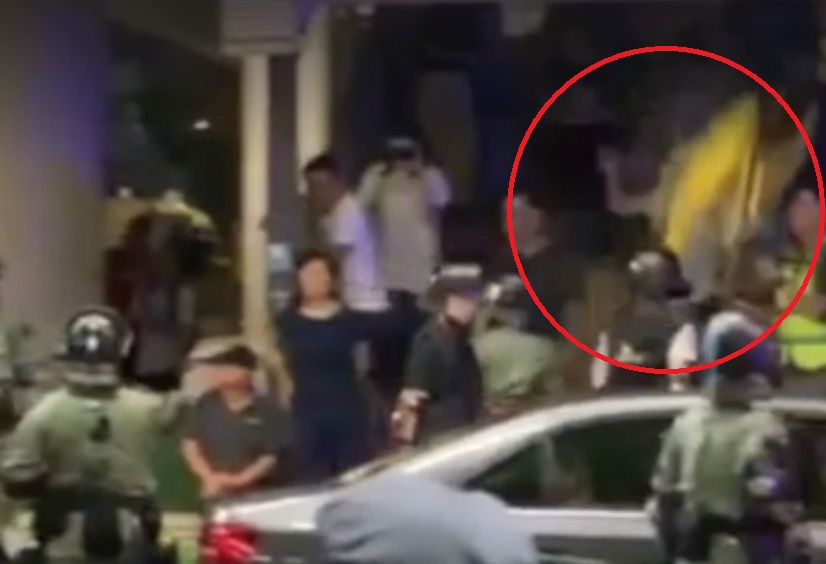 A police officer was hit on the head by a falling bike dropped from above, during a clear-out operation at Tseung Kwan O, along Tong Tak Street tonight on 7th October, 2019 at around 9pm.

The officer fell to the ground, his neck and head injured, and was escorted to the hospital by fellow officers.

The police strongly condemned the “rioters” for such violence that disregarded other people’s lives, as well as stating that “Appallingly, some onlookers even clapped their hands to incite the rioters.”