The police made pictures to clarify online rumours, yet no mention of the Prince Edward Station Incident on August 31st 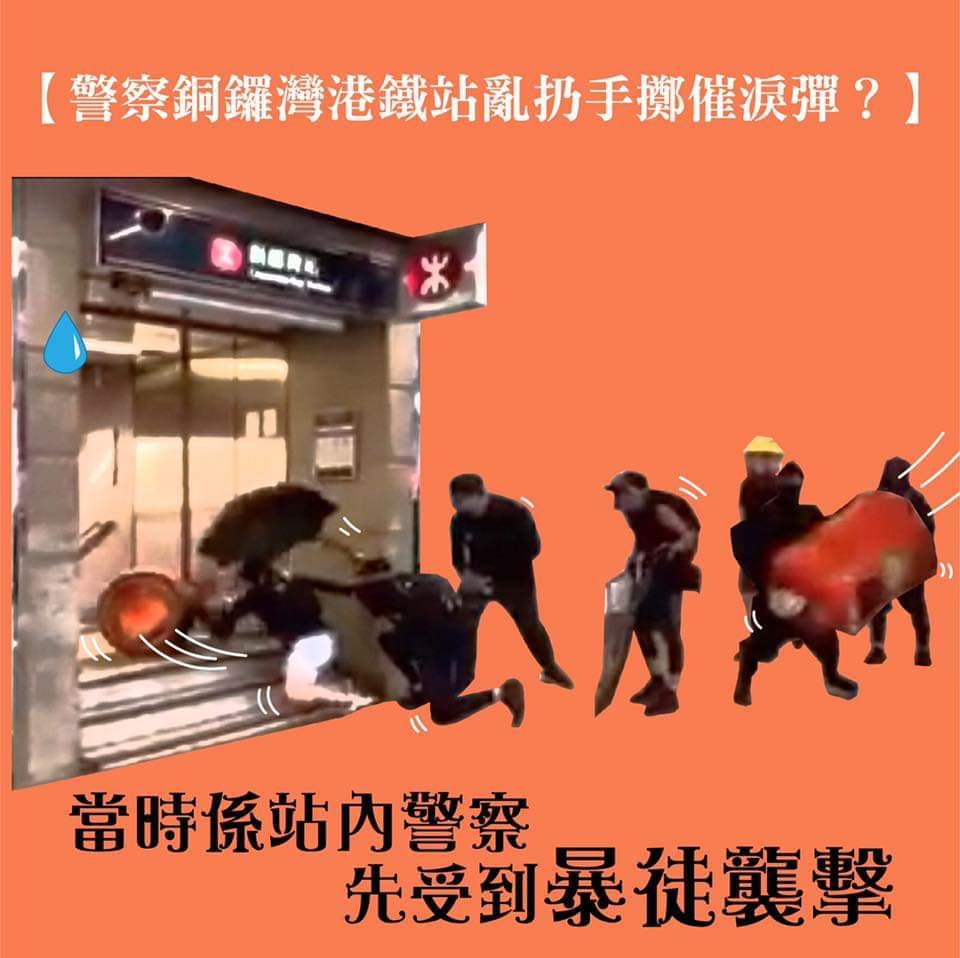 The Hong Kong police made up several pictures and posting them on their official social media website in order to dispel rumours online, but not one of them made mention of the Prince Edward Station Incident on the 31st of August.

Some of the accusations levelled at the police that the Hong Kong police force wanted to clarify included: male police officers doing a body search on female protesters, and officers throwing tear gas canisters in a haphazard manner out of a MTR station in Causeway Bay.

On their social media post, the police wrote, “online rumour flies and soars, only one truth and no more”, as well as adding a hash tag that says, “End the violence and chaos with no time to lose”.