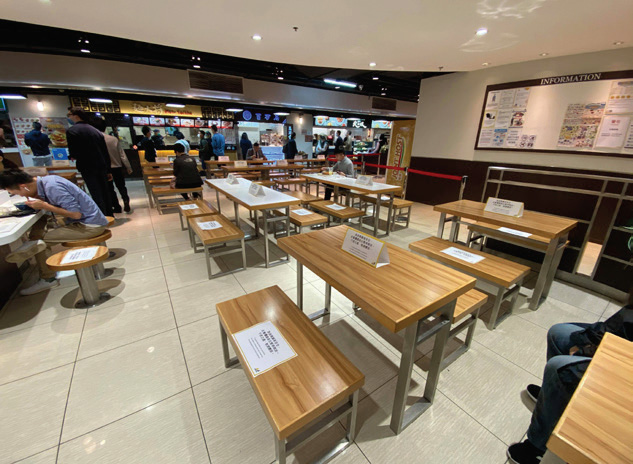 When will be bubble burst? When will the stock and property markets crash? When will the next Great Depression come? What should we do? Hong Kongers have been asking such questions for twenty-odd years.

Now there is no need to ask, for the answer is coming.

China’s bubble have been in the making for some time now, with the whole world having relied upon communist China’s growth to drive their own for a long time, around twenty to thirty years; for Hong Kong, it tops all the regions that rely on China and so it is very prosperous and yet alarmingly dangerous. Hong Kong’s bubble is so big and fragile that no one has the guts to face it, instead letting it drag on for however long it can last – just like some wealthy, sick, elderly patient in their final phase of cancer who have also suffered from stroke – as long as it isn’t dead then let’s pay it no mind. Now however, you can no longer feign ignorance and need to prepare your last will and testament as well as your coffin.

China is the world’s second biggest economy and is the parts supplier for the world’s industrial production chain. From automobiles to mobile phones, there is no factory in the world that can operate without China supplying the parts – it may not be the producer of core technologies, but definitely their assembler; and at the same time, China also supply a third of the world’s industrial products. Since towards the end of 2019, due to an over-reaction to a weak case of influenza, China has stopped production and spending for around four to five months (and still continuing to do so), just how wide-reaching has it been on the world economy?

China had turned off their machinery, automobiles, aeroplanes and rail, creating a chilling effect which is enough to cleanse the world’s air and form regions of pure blue that even NASA had been able to capture. During April in Hong Kong, when you were able to feel the cool of dry autumn, such is the power of the China machinery coming to a halt.

When Hong Kong in the middle of April is able to feel the cool of autumn and witness its onset, this is called “improper time”, a sense of sorrow just like when Confucius saw a qilin during the waning years [of the Chou Dynasty]*.


Hong Kong will eventually dry up amidst the global shutdown

When looking at a major event, we look at the timing and not at the space. A wise person looks at the timing involved, and the beginning at that; it is not about the midcourse and definitely not the ending. Due to the Chinese communist regime’s takeover of the media and control of online social media (some have been outsourced to the Pan-Democrats), most Hong Kongers would look at the end and unable to see the midcourse. When Hong Kongers witness the Constitutional Protection Movement [of 2019], what they see is the closing of the siege on Hong Kong Polytechnic University, while they cannot see the business world’s parliamentary representative Abraham Shek’s mutiny at the Legislative Council.

There are signs and indicators in the event of freshet flooding, if farmers cultivating in the low-lying valley below can recognise the signs and take action quickly then they will survive; but if they do not then they are dead. There is a time difference between the mountain top and the foot of the mountain when there is a freshet flood as well as geographical differences, it is quite simple; but it requires very accurate and super quick judgement.

Otherwise, death could very well be tomorrow, or at a time you least expected, when you will be drowned by floodwater up to your eyebrows, without so much time as to prepare yourself a coffin. The government would come clear the mess only after the fact, which would be cremating the dead or bury them where they lay.

In Hong Kong, or the whole world for that matter, only Wan Chin had grasped the crux of this situation. Right on the outset he was aware of its portents; urging the Chinese and Hong Kong governments not to pay any mind to this Wuhan Pneumonia in December last year, but to no avail. At the time, I said that there is no need to pay attention to it, even if this coronavirus is as ferocious as SARS (Severe Acute Respiratory Syndrome) – or even if it is worse than SARS, let alone a minor case of the flu that is weaker than SARS?

What happens in the aftermath of the Chinese and Hong Kong governments’ erroneous reaction is a global economic recession, where China would be the beginning and the end. Hong Kong would be a sign that this disaster has reached its peak; one that was brought on by oneself, with no one else to blame. This is because Wan Chin had predicted and warned of, but the reception he got was persecution and harassment.

None of that matters to me; what I am concerned about is the individual fate of my supporters and audience. The problem at hand now is, when? Just like when I saw the freshet flooding passing through the mountain top, bring trees down with it, when will it reach the foot of the mountain where I stand? How should I respond? How much reaction time do I still have? Is it fifteen seconds, or fifteen minutes?

The fate of Hong Kong at this moment is like standing next to a sinkhole as one witness the floodwater from the mountain coming ever closer.


Being able to grasp the crux of the situation, is to survive the brink of death

What Hong Kong is facing is China’s sinkhole – no, not shithole, but sinkhole. What is a sinkhole, especially a dangerous one amidst the floodwater? As the floodwater comes, its weight becomes so great that the ground collapses underneath and everything gets sucked in – from the trees on the riverbank to houses and boats, where they are minced and disintegrated inside the underground waterways, never to be seen again.

The current global shutdown, and China’s massive lockdown previously, had factories, air and ship transports coming to a standstill for more than three months, cutting off supply for production and marketing, as well as the highly globalised production and consumer chain. What China brought on was an economic “sinkhole effect”, a horror never before seen in human history.

Hong Kong is exactly right next to China’s sinkhole, as are up-and-coming East Asian economies such as Taiwan, South Korea, Japan and Singapore, but it is Hong Kong that will meet its demise first and foremost for being closest to China; afterwards, it would be the highly China-reliant Taiwan at present, even though it believe itself to be relying upon the United States. Taiwan has gotten caught up in its sense of righteous honour in preventing the epidemic; having defeated that load of rubbish that is the World Health Organisation, the whole country has placed even greater effort in battling the virus whereby everyone has to wear a mask when catching the train. Singapore is just as jubilant, with everyone having to wear a mask when going out on the streets by law.

One can still avoid a flood but there is no place to stand when the ground collapses into a sinkhole, let alone avoid. In stopping air travel, shipping, factories, as well as placing a curfew upon the populace, such measures currently in the West is harsher and more severe than during war-time. With everyone fortifying their defences, it is actually the people of the West entering into a state of war against China.

Translator’s note:
* A qilin is a magical creature in ancient Sino-mythology that is also known as a Chinese unicorn. According Confucius, a qilin only appears when a sage king is on the throne, but at the time when he saw the qilin, the Chou (or Zhou) Empire is in its waning years.