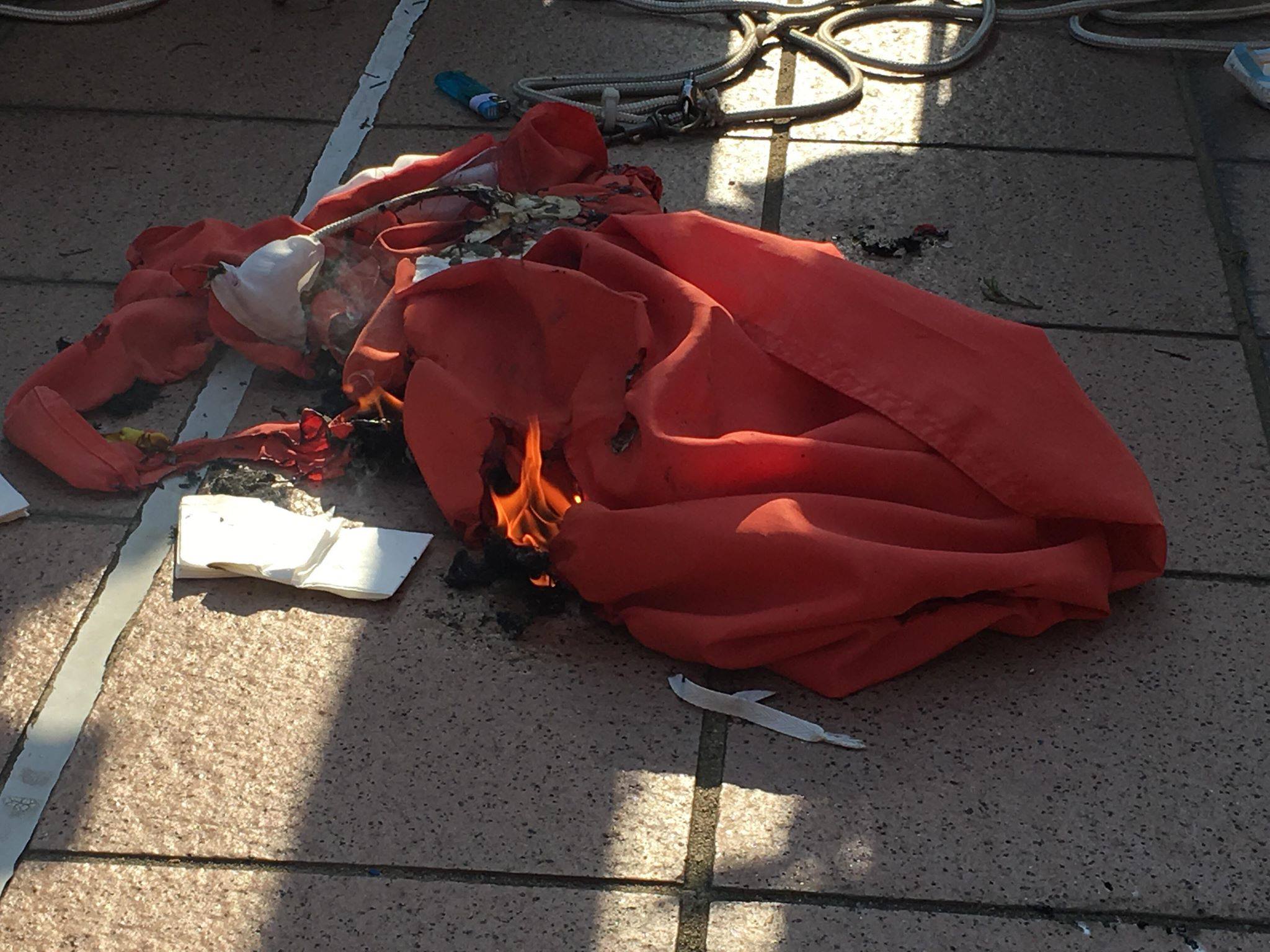 A 13-year-old girl was sentenced to 12 months probation this afternoon (13th December) by the Juvenile Court at Tuen Mun Magistracy, for setting fire to the China flag outside Tuen Mun Town Hall during the “Reclaim Tuen Mun Park” protest march on the 21st of September this year, having pleaded guilty to the charge of flag desecration earlier.

The magistrate noted that the girl is not arrogant and warned her to consider the consequences before taking action, as offences in the future may result in the loss of her freedom.