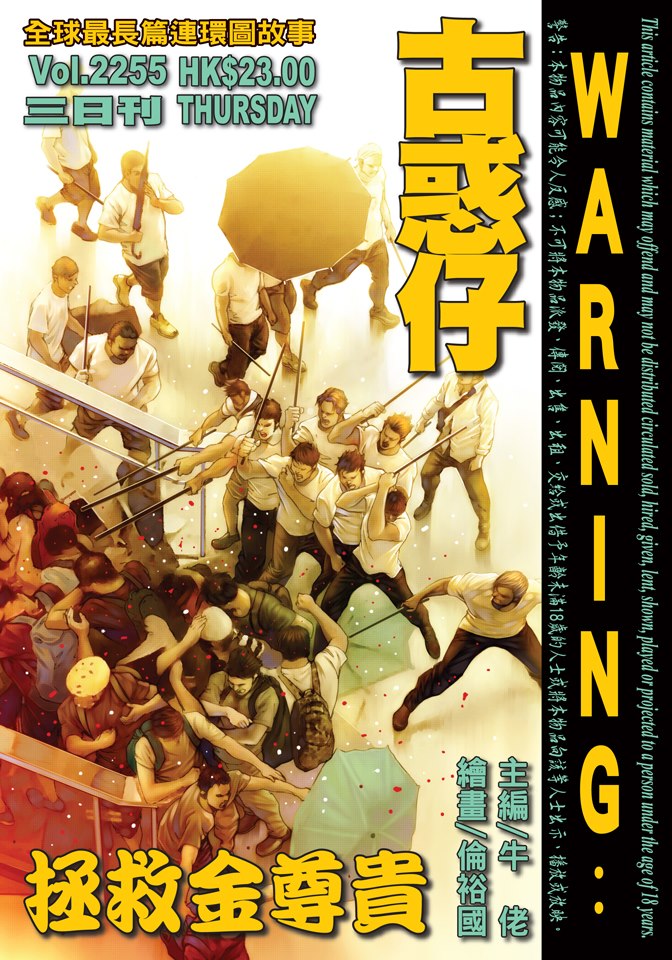 The comic series Teddyboy, created by its chief-editor Cow Man, continued keeping up with Hong Kong’s current affairs, whereby what resembles the night of the Yuen Long terror attack would appear on the cover of its 2255th publication tomorrow on the 25th of July.

In the comic Teddyboy to be published tomorrow (25th July) with the title of “Rescuing Kim Chun-Kui” (1), the front cover shows a crowd of people in white tops holding rods and attacking people going up a staircase, closely resembling the circulated footage released after the Yuen Long terror attack.

As for the previous 2254th publication of Teddyboy the day before, the front cover resembled the caged fight last week at New Town Plaza, Shatin. 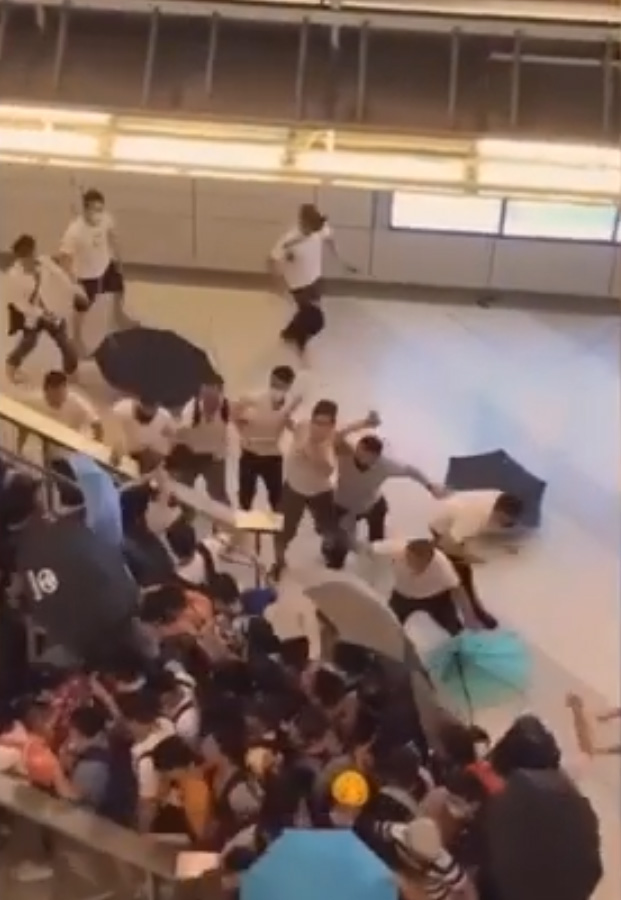 Translator’s note:
Kim Chun-Kui is a character in the comic series Teddyboy, a leader of the Poisonous Snake gang in Taiwan.