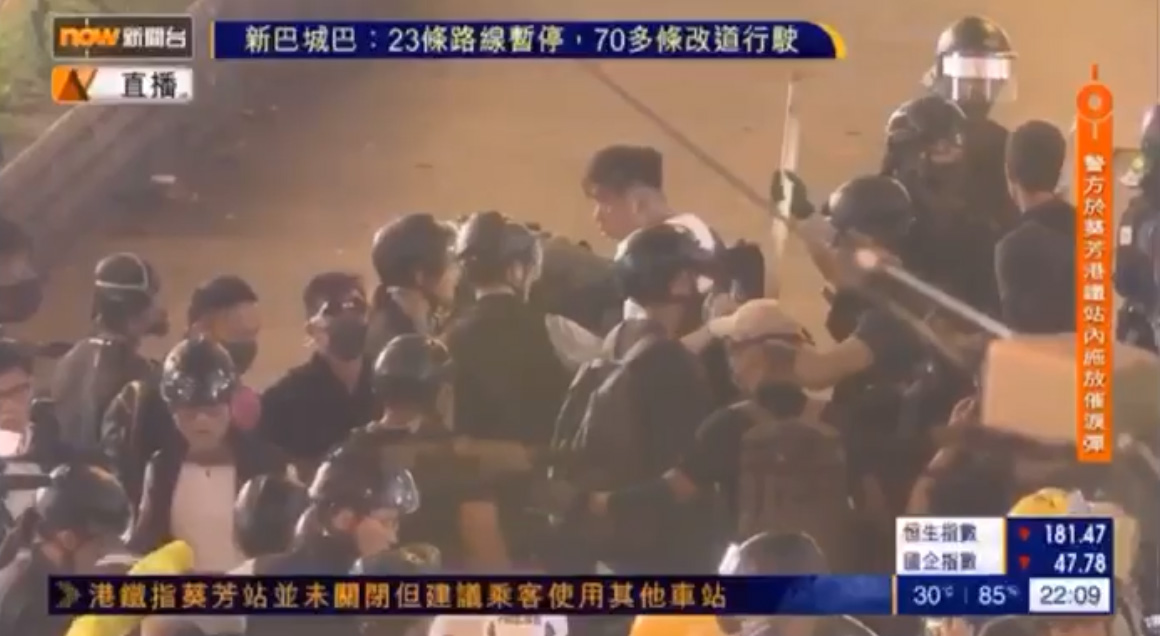 The focus of tonight’s protest (11th August, 2019) has been the police going undercover disguised as protesters, as well as suspected of committing police perjury in planting evidence to incriminate protesters.

At 10:14pm, TVB (Television Broadcasting Corporation) live coverage on their news channel showed an arrested man, wearing a white T-shirt, shouting out that there are police disguised as protesters, that the cops have planted a bamboo stick into his bag and claimed that it’s his weapon, as well as denying claims of having assaulted police.

At 10:09pm, NOW TV news channel’s live broadcast showed how a riot police officer planted a rod into the backpack of a man in white shirt. This incident would certainly be one matter that would surely come up in the follow-up police press conference that needs to be addressed. 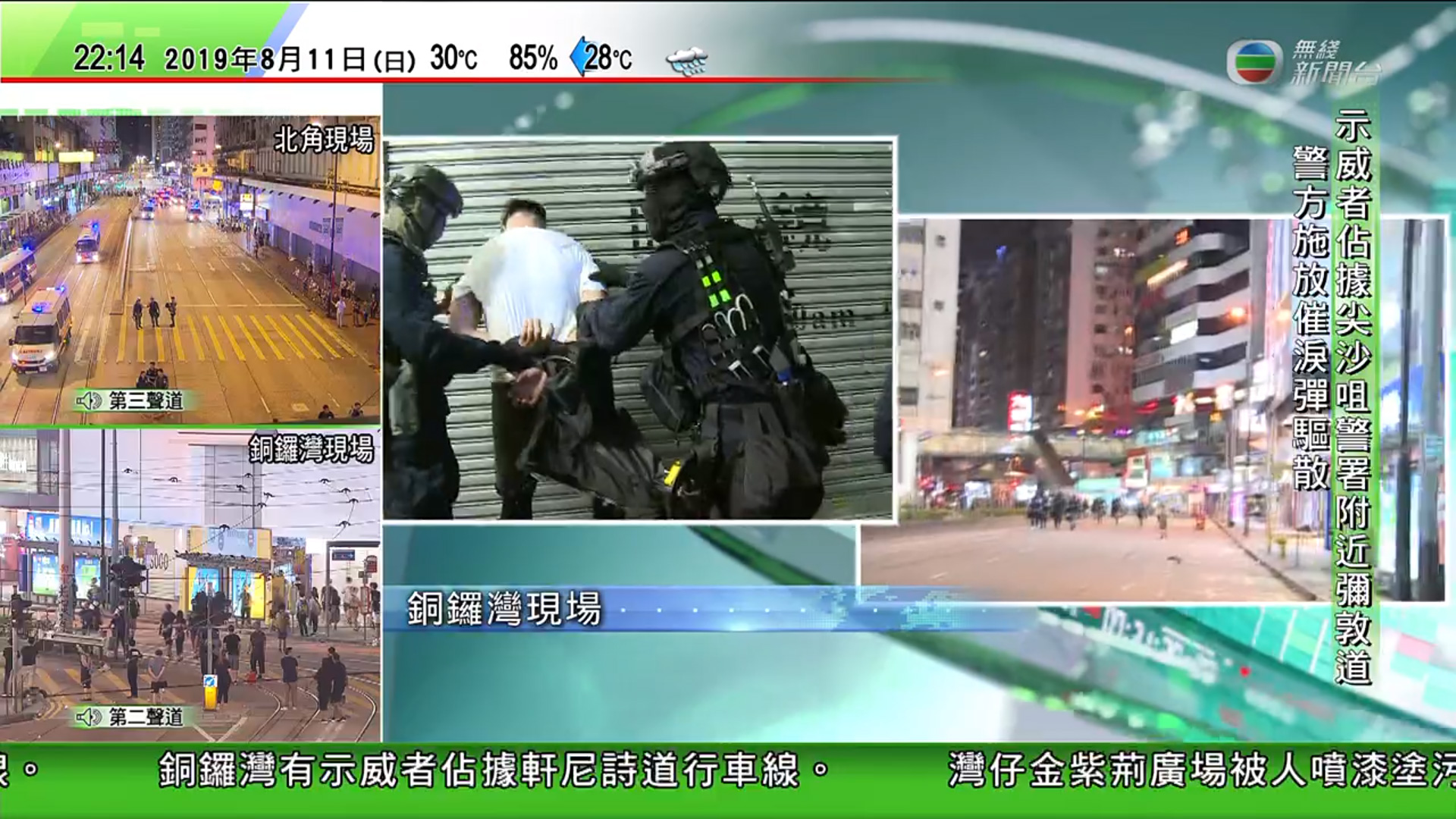