A crowd of HK citizens rallied to the United States Consulate, urging the passing of the Hong Kong Human Rights and Democracy Act 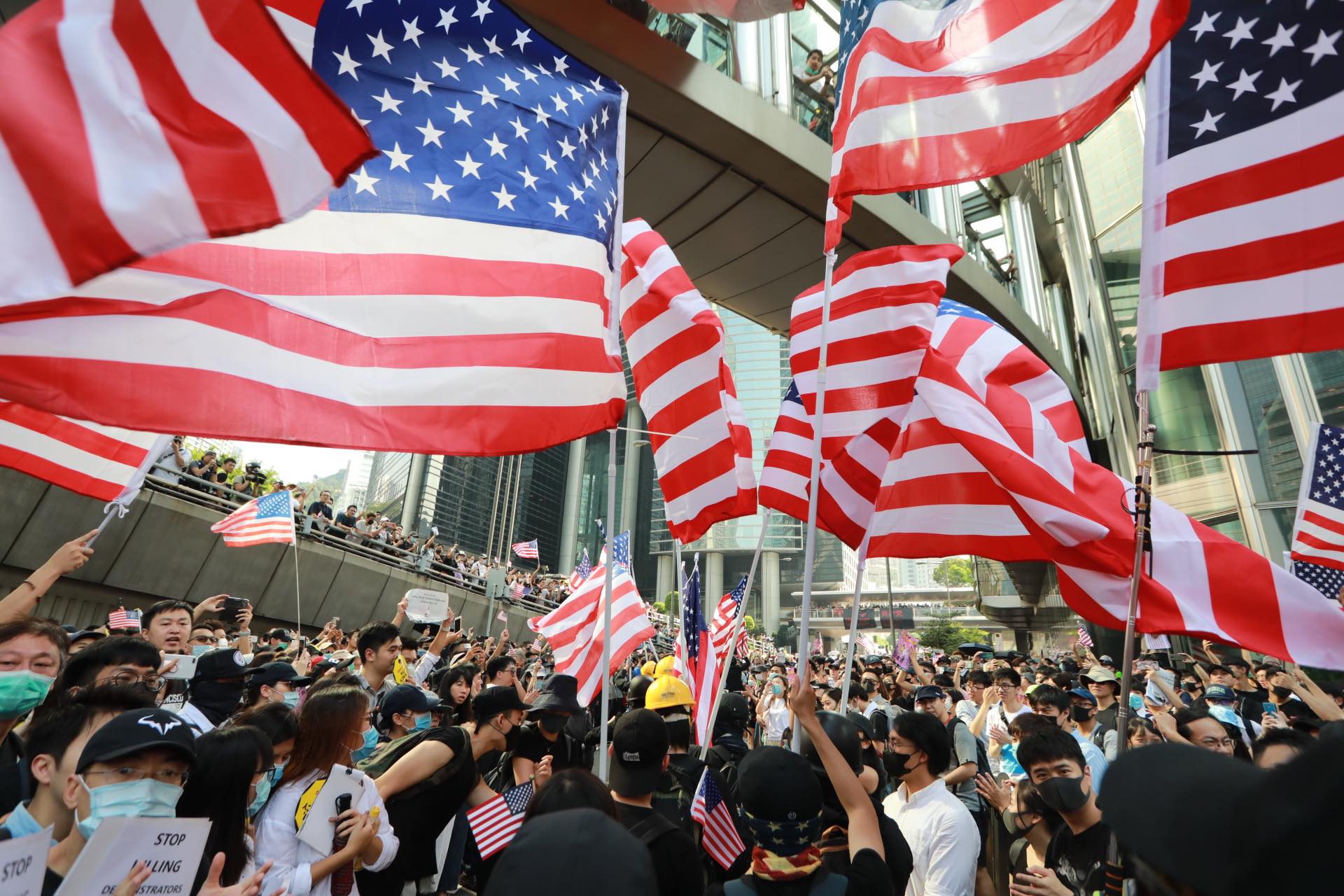 This event was titled “Prayer Meeting for HK human rights and democracy”, with participants initially gathering in Charter Garden and then marched to the US Consulate in small, separate groups. Some raised the American flag whilst singing the United States National Anthem along the way.

Some participants had an early start, marching to the front of the United States Consulate on Upper Albert Road, Central, as originally planned, but were requested by police to alter course to the Consulate’s backdoor just outside of Justice Place (former Central Government Offices). One of the participants read the declaration aloud and a Consulate representative came out to accept the petition in person.

The police raised the blag flag on one occasion in warning near The Murray Hong Kong Hotel, generating discontent amongst rally participants, but retreated inside Hong Kong afterwards. 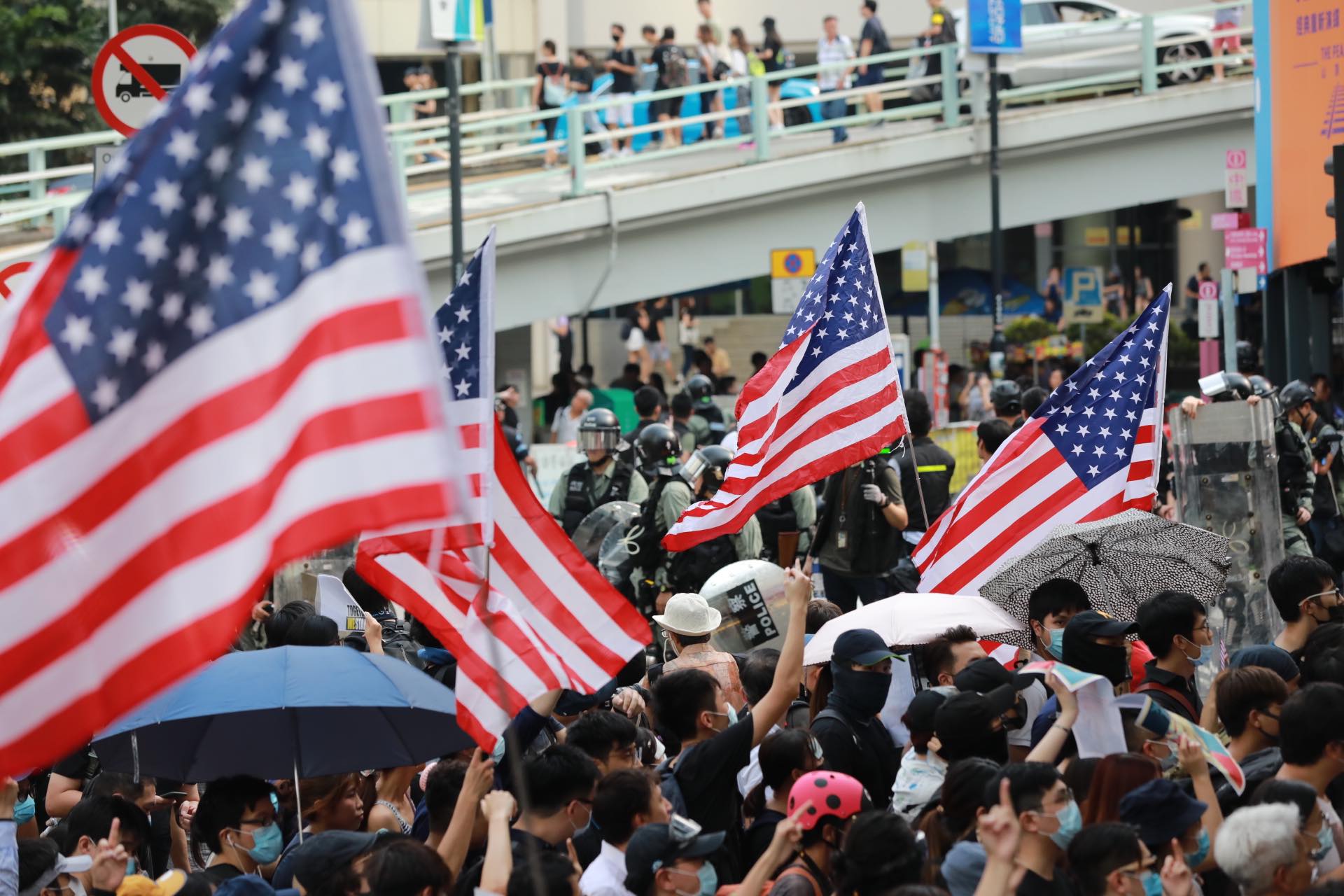 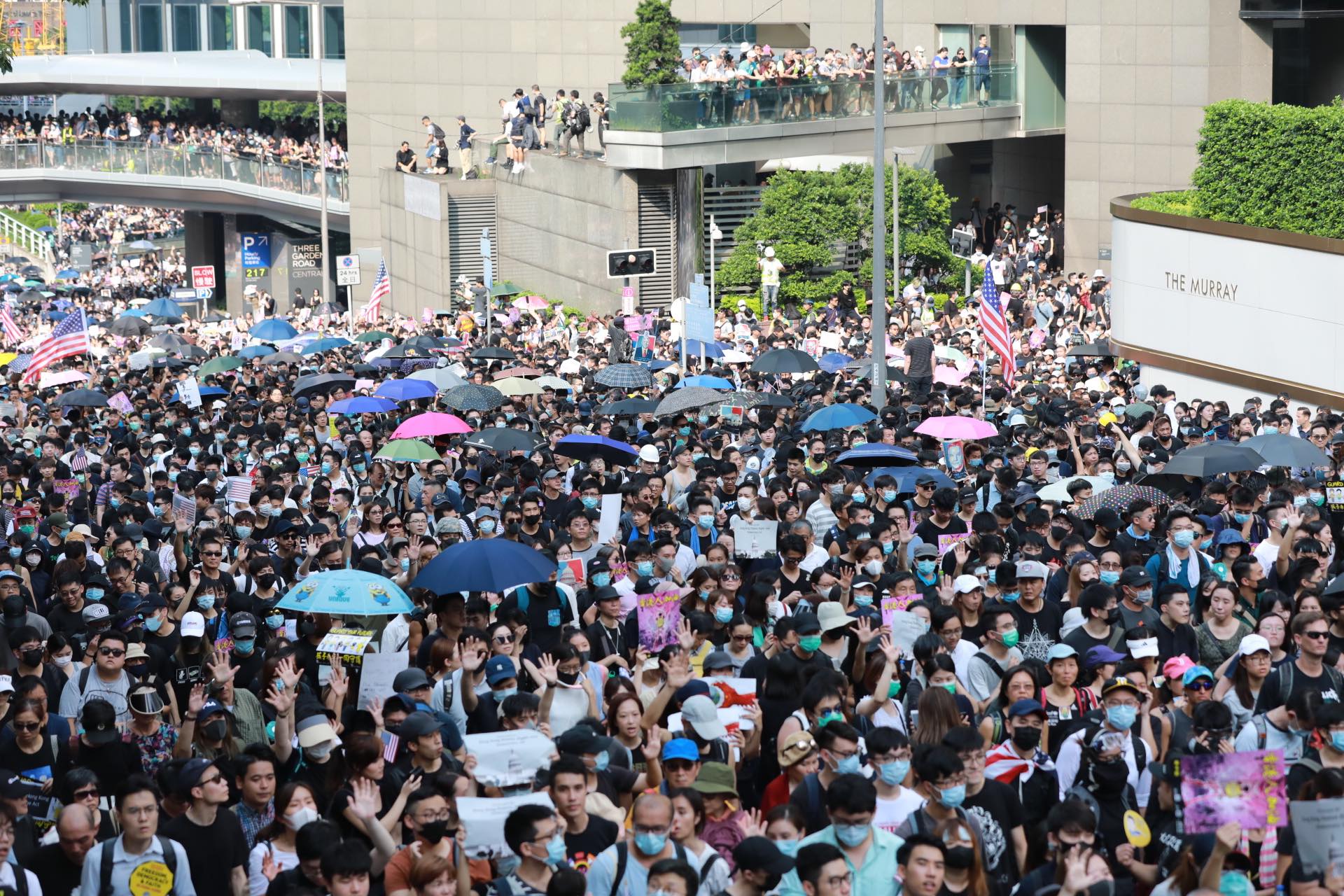 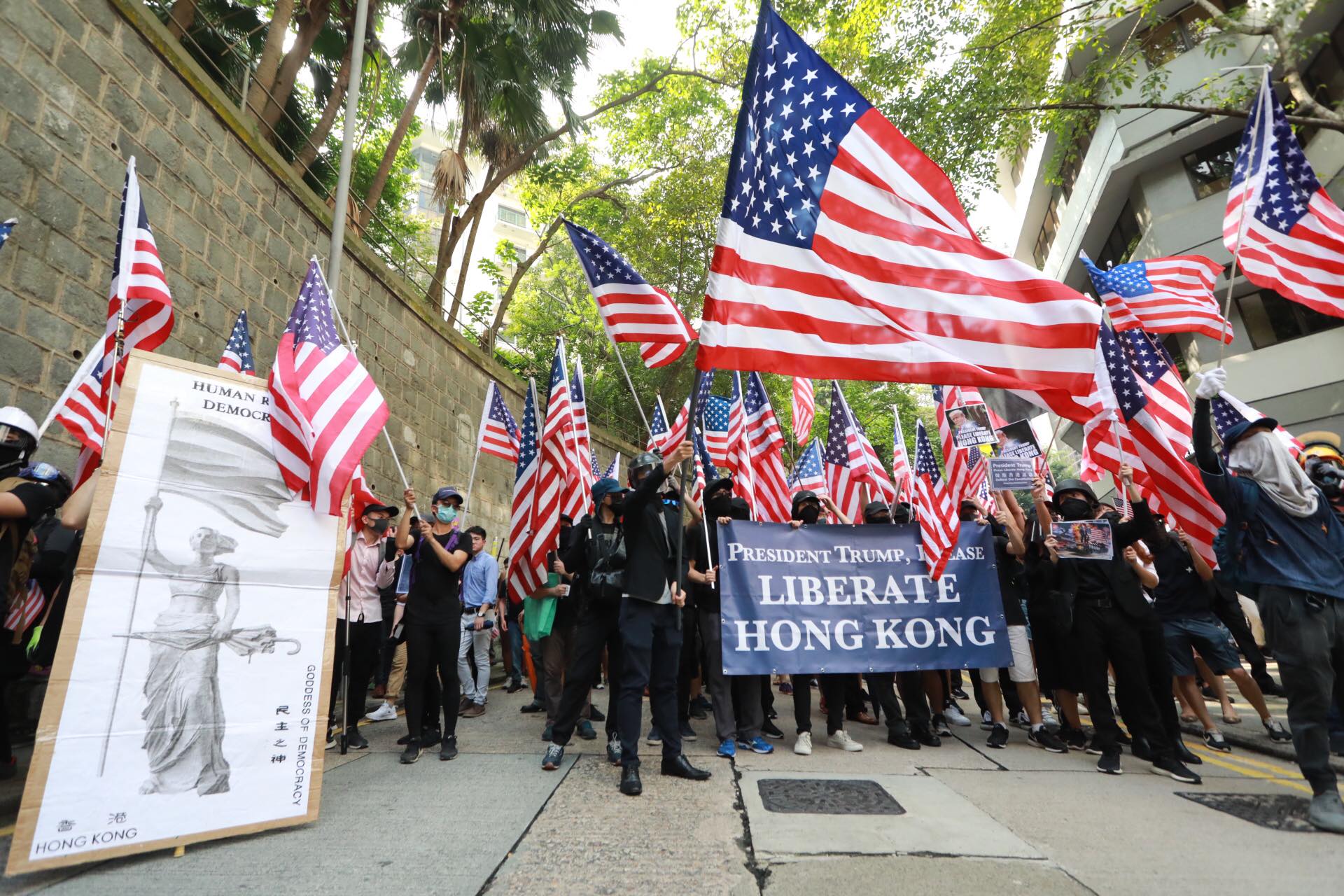 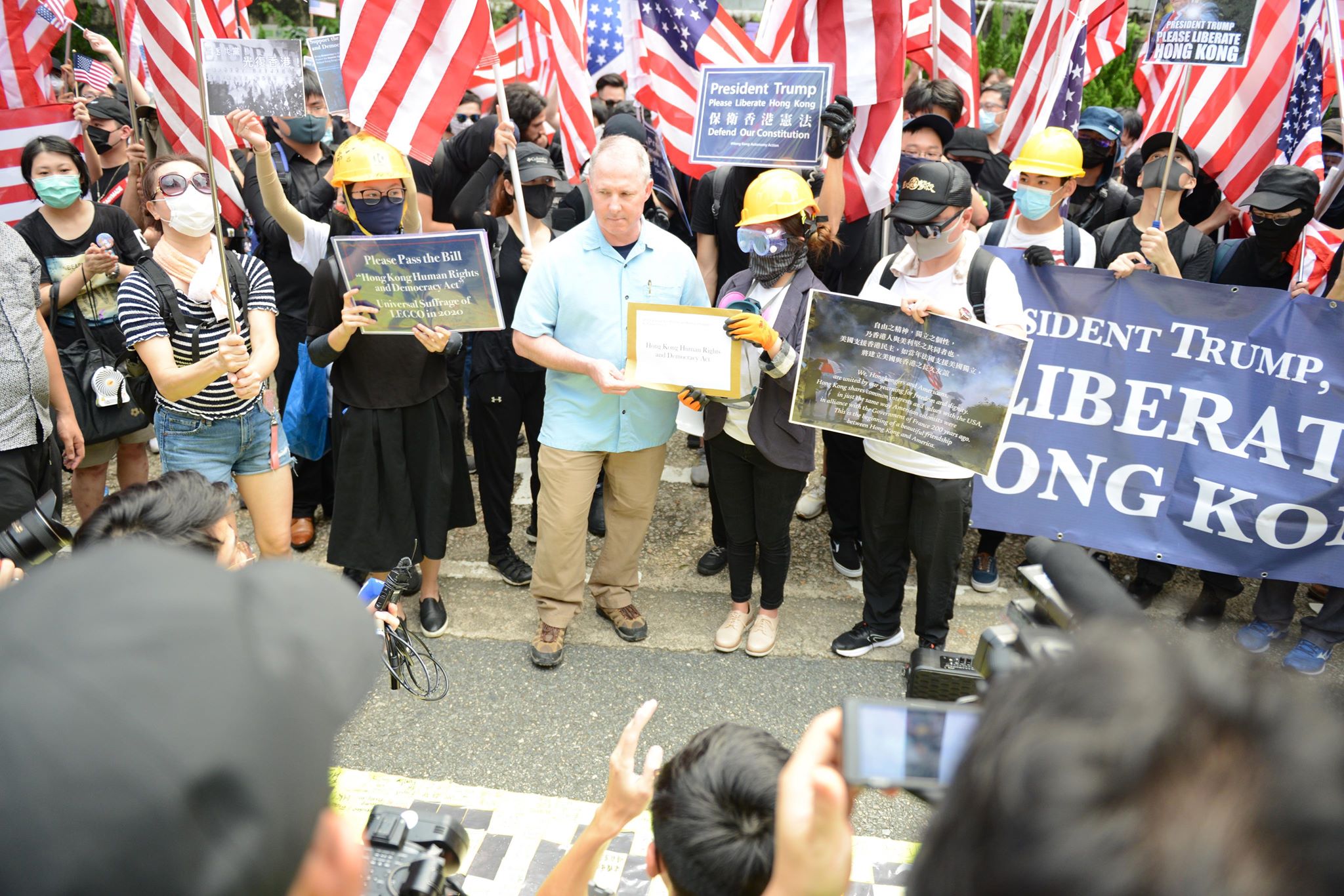