The situation must be resolved 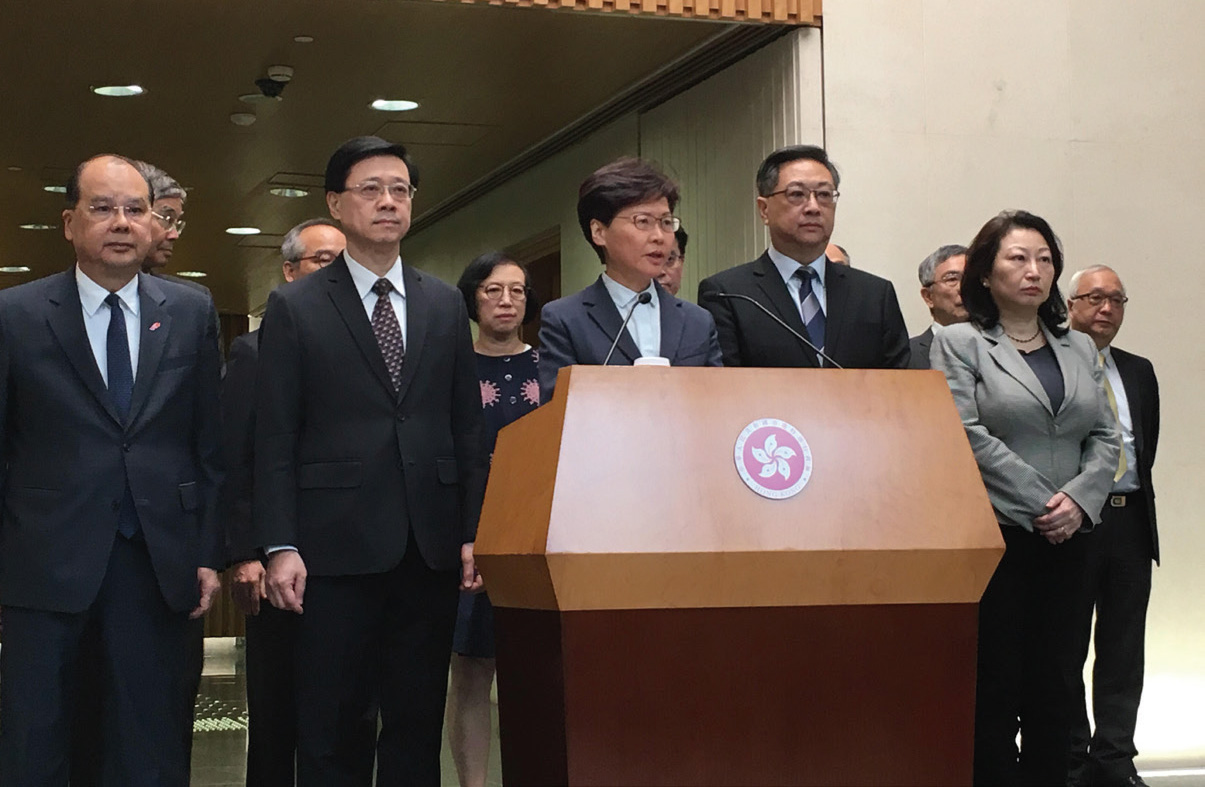 Oi… It seems that Hong Kong really has had it this time!

There is this miasma that continues to spread and settle all around us! Yellow against Blue, right against wrong, brothers and sisters against each other as well as friends and colleagues at each others’ throats; for as long as one has a different opinion, there is no room for manoeuvre. When everyone is of the belief that this is a black-and-white matter of fundamental importance, how can there be any room for anything?

This is the current situation: road blocks, people out on the streets in protests, disputes over the “Lennon Walls” and fights breaking out between black and white shirts – all on a daily basis!

It is especially this black versus white battle that has brought the horrible situation to a head. People now have to actually think for a while on what to wear when going outside: should one wear black or would white be better!

How can it be that a day would come when one worries that what he or she wears could be detrimental to their safety? And yet, such a thing has happened!

What about the government?

Where is the government in all this? As this war between black and white [shirts] is being fought to such a disastrous and chaotic state, the government is nowhere to be found.

The time taken for the police to appear at the scene is a great cause for concern! Both parties are fighting tooth and nail with blood all over the place, even the ambulance had arrived, but where are the cops?

Is a certain department allowing the people coming to blows so that the seeds of hatred can be planted in their hearts?

In the past, whenever there a fight broke out on the street, the cops would appear on the scene within a minute or two! Nowadays, the cops are nowhere to be seen, even when dozens of people carrying “gears” are in an all-out brawl for over half an hour, which is quite peculiar and it is making the average person extremely nervous about their personal safety when out of their homes.

All high-ranking officials have an undeniable responsibility for the current state of affairs we’re in, so they should be upfront and honestly resolve the situation at hand.

No more playing the ostrich or play the blame game at the other party.

This has been going on for a while now, and it’s proven that nothing is being resolved. Is the government going to keep going in a battle of wills with the populace and remain adamant in their refusal to think of how to resolve the issue?

Is Hong Kong going to be their bargaining chip in this clash of wills?

As the “adult”, is it becoming for a governing body to be so small-minded?
That they would allow the place to come to ruin yet act like they played no part in it?

Think of how to resolve the situation, because you are well-paid for it!