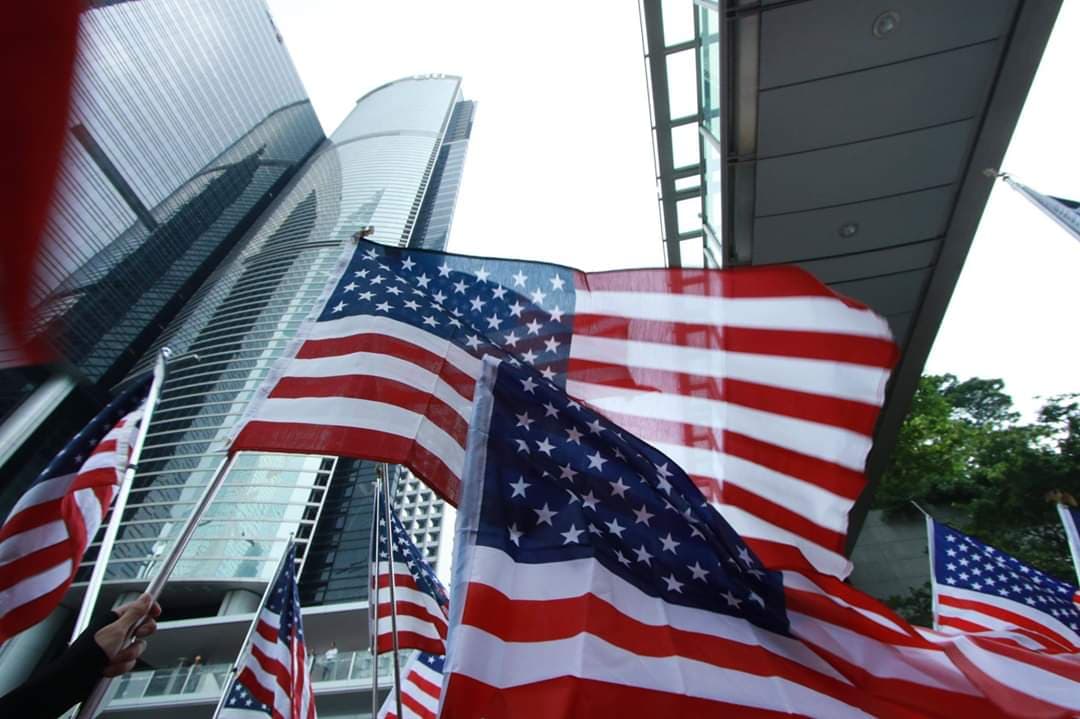 Politicians in USA are puzzled by China's two-sided tactics in the HK Human Rights and Democracy Act. Such bifurcated approach of the CCP runs this way:

1. China keeps on lobbying US senators not to pass the HK Human Rights Act, which pressures China to keep her promise to allow HK full democracy. China cracks down the protest with the outlawed police force, but China says nothing against universal suffrage in Hong Kong.

2. China keeps on dragging about the trade deal and postponed it again and again. When China's lobbying plan in the Senate is about to succeed and the Senate postponed the passing of the Act to end of Spring 2020, China suddenly does the opposite.

China invokes violent protests in HK by killing a protester who died openly in hospital, by shooting one unarmed protester in the street in front of the camera of TV press, and by allowing a rape case of a 16-year old pregnant protester girl to come to the press.

All these cases were silenced and are now suddenly made public and reported in the press, provoking an angry outbreak of citizens' protests. Police beat up young people and grabbed teenage girls en masse, made them stand as if they were prisoners of war in the MTR train station, and had it broadcast by the press. More people come to the streets and the police pretended to chase protesters to university campuses and students set up protection units.

3. Pictures with brutal content are sent to USA and senators get provoked. Then Joshua Wong and Nathan Law spoke to the goodman Senator Rubio to urge the passing of the Act. The good-hearted Senator Mitch McConnell hastened the process and would like the Act pass overnight, although it was suddenly suspended till Monday.

4. Question: why China played an opposite game in the USA and HK, regarding the passing of the Act? Is the Act good for the communist?

Answer: Please check the time-line I recorded above. Yes, the Act is good for the communist to drag USA into the quagmire of an East Berlin in Hong Kong while most US politicians were thinking that they are saving a West Berlin.

Hong Kong in 2019, after 22 years of hand-over to China in 1997, is already East Berlin. When China refused to sign the trade deal with President Trump, Obama-style human rights diplomacy in Hong Kong is a good way for President Xi to spend a happy time with Trump and postpone the deadly trade deal. Trump will become Obama, or Clinton.

Analysis: The communists are good at Marxist dialectics. They do two opposite things ---- one earlier, one later; one obvious, one hidden. With two approaches of the CCP at hand, they aim to defeat the "One-Agenda" of the Senate.

Liberal-minded politicians in USA are too impatient to think twice and look at the full scene. Good for McConnell to suspend the process and allow everyone to cool down and think twice. Anyway, once the Act has been passed, USA has to persuade China to conduct meetings in the People's Congress and make decisions regarding Hong Kong so that full democracy is possible in the short term.

President Trump might have to fly to Beijing to meet President Xi for that ---- as a bitter side-dish beyond the main course of the trade deal.

The Act was originally scheduled to pass at the end of Spring 2020. Four months for Trump to work on the trade deal. Why not get the trade deal signed and enforced first, before passing the act?