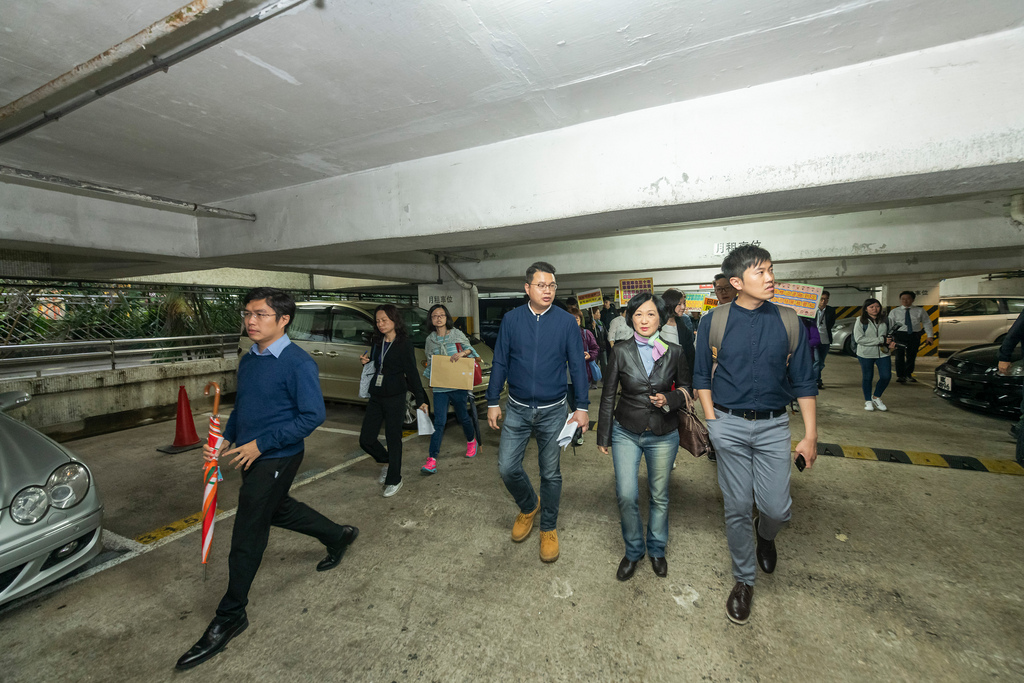 On March 13 and 14, 2019, a group of Hong Kong legislators inspected a number of public housing estate shopping centres, markets and parking facilities, in an attempt to follow up on complaints lodged after these facilities were sold by Link Real Estate Investment Trust (Link REIT). After the visits, the company that owns those aforementioned facilities issues letters of complaint against a number of councillors in the group.

The Legislative Council’s (LegCo) Complaints and Resources Management Division had arranged to have 10 councillors carry out on-site inspections of these facilities to gather objective evidence, in response to complaints from local residents and community groups. On March 14, the legislators first visited the Hing Man Shopping Complex and parking lot located at Chai Wan, which were acquired from Link REIT by Ace Ample Hong Kong Limited (a subsidiary of Sunlink Group Company Limited) for HK$209 million back in 2016. Local residents and community groups have complained that the shopping centre has turned into a ghost town with a 90% vacancy rate. There has also been suspicions of a breach of land lease and unauthorized building works after the shopping complex was renovated. LegCo members Cheng Chung Tai, Andrew Wan, Au Nok Hin, Regina Ip and Eunice Yung were the legislators invited to perform the on-site inspection that day with regards to the said complaints.

The day following the inspection, the LegCo Secretariat received a letter of complaint from the owners of the Hing Man Shopping Complex. The letters made an unprecedented accusation that the five legislators were trespassing on “private site under construction,” and that they were were disrupting a team from the Fire Services Department that was carrying out inspection work on site at the time. Dr. Hon. Cheng Chung-Tai, one of the LegCo members under complaint and the Chairman of Civic Passion, believes that the complaint letter calls for serious concern, as it has insulted the dignity of the Legislative Council and shown contempt towards the authority of the legislature bestowed by the Basic Law.

Cheng Chung-Tai also calls the owner’s accusation of the councillors trespassing on private site under construction “absurd”, as the team of councillors was accompanied by representatives from the Housing and Land Departments, and was there to execute their duty as public officers. Cheng questions whether private properties are “above the law”, and suggests that Sunlink should file a lawsuit against the LegCo, if the company genuinely believes that the inspection team has been trespassing on private property. He stresses that the 5 LegCo members under complaint were on official business under the direction of LegCo’s Redressing System, responsible for handling complaints from the general public. Cheng promises that he would follow through with the complaint made by local residents and community organizations.