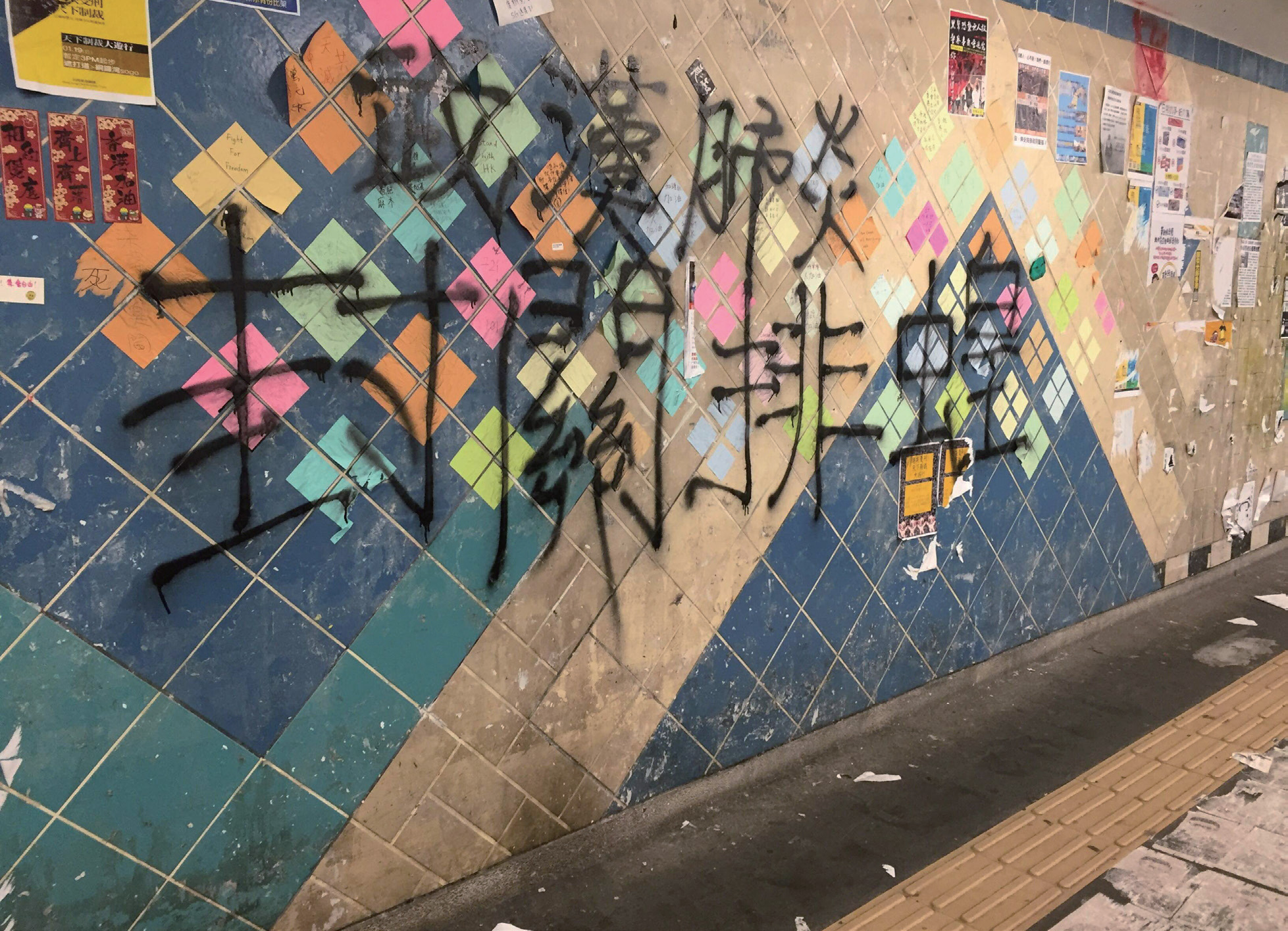 Everyone wearing face masks in Hong Kong are insane communists, you lot are absolutely retarded! The day I wrote this article, there were Hong Kongers who would turn off the ventilation vents as soon as they sat down in the bus, or close the window once they boarded a minibus, believing that since they were wearing masks then there was no need to maintain a good airflow [which would reduce viral transmission]. None in the world but Hong Kongers would be capable of such “astute” offsets. A mask-wearing Hong Kong youth died suddenly while riding on the bus, only after a long while did other passengers realised what happened; this is evident that under communist rule, Hong Kongers are lucky even in death.

Wearing a face mask, like prosperity live burial (“zhong sheng ji” in Mandarin pinyin romanisation), is about faking death, so that one would not be recognised by the gods of death or Ox-Head and Horse-Face (guards of the netherworld). By this, one can avoid having their soul taken [to the underworld] and help someone escape potential disasters or extend their lifespan; therefore, a practice worth pursuing for life. You should wear a face mask your entire life, even when taking a shower, as it can prevent you from contracting Legionnaires ’ disease; and if you help the recently deceased wear one – the best one being the N95 respirator mask – he or she would be revived and resurrected immediately. Even if resurrection fail, at least after death you can reincarnate to the United States, where the face masks are produced.

The fatality rate of the Wuhan virus had been lower than 20%, and yet Hong Kongers are scared stiff. With such a mind, society would be enveloped by an atmosphere of distrust, whereby everyone would end up taking the highest precautionary measures, here being the wearing of face masks. Even when the latest number of infected and confirmed cases is announced, a large portion of Hong Kongers are still allowing their emotions and feelings control their thoughts and judgement, in the end leading to a mass hysteria. As the chaos continues, Hong Kongers will begin to ostracise the non-conformists, even to the point of abuse and murder. On the surface, it would be about expression their discontent, but in reality it’s for covering up their underlying panic.

The basis of mass panic is neither of the body nor the organs, it is psychogenic condition; the classic case being the Dancing Plague of 1518. The JC School of Public Health and Primary Care at the Chinese University of Hong Kong conducted an online questionnaire survey for 1168 residents from the 24th of January to the 5th of February, which found that 88% of those interviewed felt there is a high probability of them contracting the coronavirus, 98% believed that the coronavirus can cause severe symptoms and 98% expressed anxiety when it comes to the [coronavirus] pandemic.

There are many historical cases of mass hysteria. In other countries, there was the “Dancing Plague” of 1518 in medieval Europe and then there was the 1682 Massachusetts Salem Witch Trials in America. During the reign of the Qianlong Emperor of the Qing Dynasty, there was fear of sorcery amongst the populace when it was rumoured that were warlocks who would call out someone’s name then come around at night to cut off their hair queues. The peasantry amidst their panic expelled outsiders [from their villages] and banned hairdressers from entering, and this “plague” had spread throughout thirteen provinces until the Qianlong Emperor ordered an investigation which found it all to be merely gossip. During the 50s in the last century, there was an outbreak of genital retraction syndrome in southern China and Southeast Asia, especially in Hainan Island and the southern areas of Guangdong Province, which would see such an outbreak once every decade, whereby the sufferer of this syndrome are fearful that their penis had shrunk or disappeared; this is a psychogenic disorder characterised by anxiety and panic. There was an outbreak of this “genital retraction syndrome” epidemic during March and April in 1985, on Hainan Island and the Luichow Peninsula. In China today, the entire country had been expelling people from Hubei Province and beating up people from Wuhan on the streets, which is also due to mass hysteria.

The current mass hysteria in Hong Kong     came about due to the fear and a wave of suspected murder disguised as suicides, brought on by the 2019 Hong Kong Extradition Bill (Amendment); and the current abuse of face masks, mass panic buying of food and toilet paper due to the Wuhan Coronavirus. This collective madness consists of three structural elements: a specious belief, a fearful and ruthless social mentality and a general mood for private resolutions that supersedes the rule of law – such as collectively forcing an elderly man off the bus for not wearing a face mask. Hong Kong is in a state of mass hysteria.

For those who brought about this sense of fear, they only need to provide protection and they will gain the trust and reward of the people, who would see the former as their second parents, thus absolving these fearmongers of any dirty work that ensued; an example of which is Wuhan authorities arresting people on the streets for not wearing a face mask and force them inside isolation centres, and after making them pay for their medical expenses, had them announcing their gratitude for the communist party when it was time to discharge them. The Chinese communist regime, Hong Kong and Taiwanese government are all doing similar things with everyone cooperating willingly. They are rewarded for inciting fear and the three governing authorities are experiencing unprecedented solidarity. Xi Jinping, Carrie Lam and Tsai Yingwen are simply birds of a feather; all three taking the short cut to better control the simple-minded masses.

As for those who are dispelling fears, they are met with the people’s animosity and distrust. When the pandemic is over, these people would say: “those people never offer everyone protection; it’s fortunate that we wore our face mask as preventative measures.”

Therefore, even a benevolent government has to spread fear in resignation for the sake of votes, then providing face masks that do more harm than good, so that the people would be wearing them constantly and thus affirm their sense of dread. For the healthy ones wearing their face masks, when they encounter one or two others who are not wearing one, they would become bafflingly angry: how can those people be so [irresponsibly] fearless? It would be just like the Jews seeing Jesus walking on water – there is nothing wrong with walking on water, but he must die all the same.

The Hong Kong SAR regime, the Pan-Democrats together with the “Yellow Ribbons” are the ones who are spreading fear, and they would rewarded very generously, thus make the perfect team: one confiscate face masks and the other orders them in, ruling Hong Kong through fear. The Pharisees spread fear while Jesus dispelled them – that’s not to say there aren’t any good governments, it’s just that there are mean-spirited people abound, who would drive away sound governance.

During a pandemic, what we see is not mutual assistance between people but how mean humanity can be. In such a mean space, Satan can do his work.