Middle-aged man in Fanling challenged for ripping Lennon Wall posters, who then attempted to throw youth off the bridge 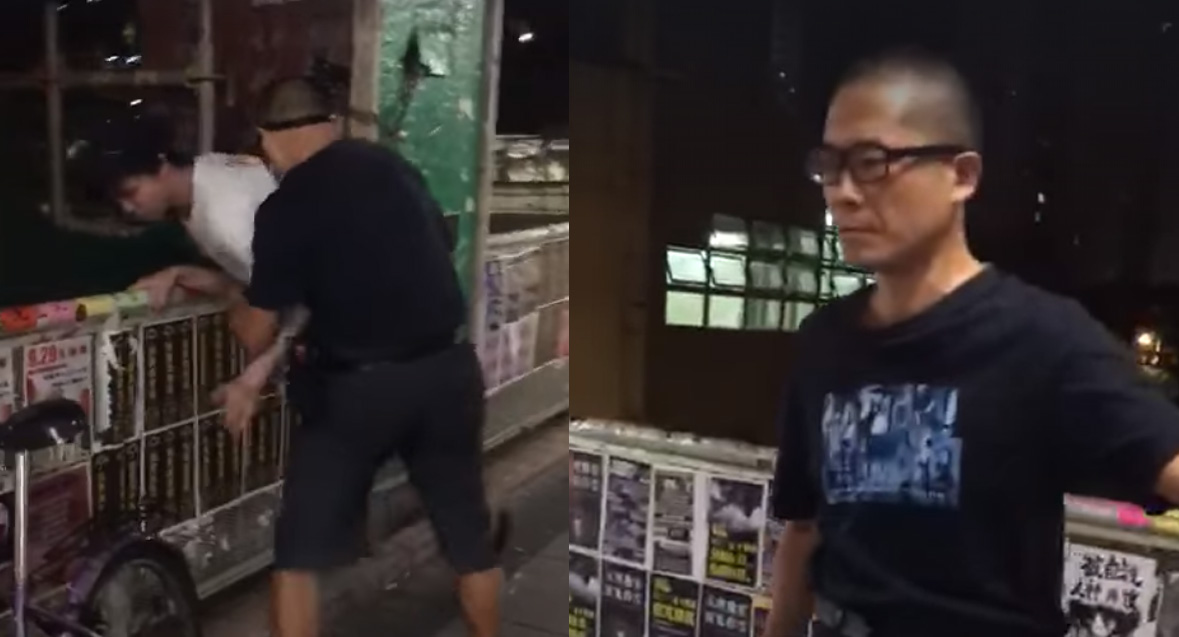 Clashes relating to Lennon Walls have grown in intensity over recent days. A footage circulated online showed a middle-aged man ripping up poster notes, who then picked up a youth in an attempt to throw him off the bridge.

The circulated footage noted that the incident happened on the 29th of September, around 3 am early in the morning, at the Lennon Wall located on a bridge next to the Fanling MTR Station. A middle-aged man wearing black with a long reach litter picker ripping up said Lennon Wall, whereupon a youth challenged him as to the reason why he was doing so, to which the middle-aged man responded with “please move aside” and “do not stop me”.

When the youth refused to go way, the man lost his temper and pushed him towards the railings then picked the youth up. A passerby who was taking video of the incident immediately shouted “don’t do anything rash”, the man then again warned: “this is the final time”. The youth responded, saying “I didn’t do anything, I was just asking!” The man continued to ripping up the poster notes.

The netizen who uploaded the footage indicated that “I was accompanying my friend home after out for a chat at the time when we saw someone ripping up the notes, so we asked him what he was doing but this happened… I was clearly doing nothing but are people so evil these days?”