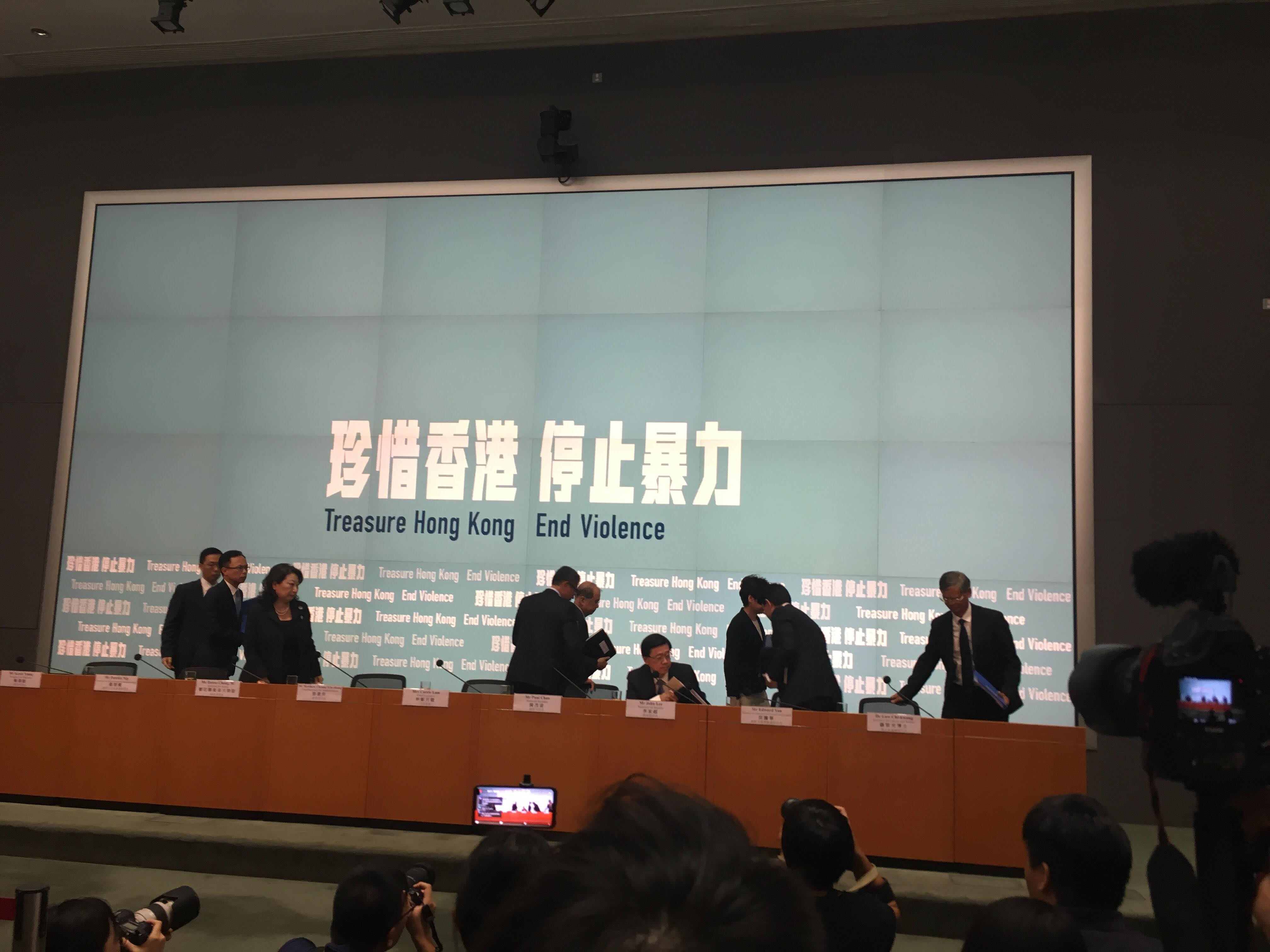 Chief Executive Carrie lam and the Executive Council, after announcing the Anti-Mask Law, claimed that Hong Kong currently is not in a state of emergency. Our reporter at Passion Times challenged them over constitutional issues during the Q&A part of the press conference, calling into question whether or not Lam’s circumvention of the legislature in establishing this law is unconstitutional.

Our reporter at Passion Times, in invoking Article 66 of the Hong Kong Basic Law, which stipulates that the Legislative Council is the only legal legislature, questioned Carrie Lam as to how she would respond to a judicial review that challenges the law’s validity, since Lam herself admitted that Hong Kong currently isn’t in a state of emergency and yet circumvented the Legislative Council to ratify the Anti-Mask Law. Our reporter also raised the question of whether Carrie Lam had used the 2014 Ukrainian Revolution as a reference in establishing the said law.

In response, Carrie Lam said that she is not familiar with the Ukrainian situation and then claimed that, according to the Emergency Regulations Ordinance, whenever the Chief Executive in Council considers the situation to be an occasion of emergency or “a danger to the public”, they have the right to “make any regulations considered to be desirable to public interest”, therefore have no need for the government to announce a state of emergency in order to invoke the Emergency Regulations Ordinance. Lam claimed that this whole affair in the past four months, especially “the recent escalation of violent acts”, already meets the “public danger” criteria to invoke the spirit of the Emergency Regulations Ordinance. As for the Legislative Council being the only legal legislature, Lam claimed that the Anti-Mask Law would be given over to the Legislative Council when session resumes, but also claimed that she would roll back the law once the situation has been resolved.

When it was the Secretary of Justice’s turn to respond, she claimed that she is unsure of how the judicial review has been progressing therefore cannot provide a due response, but said that the mask ban is a subsidiary legislation meant to be “ratified first, deliberate later”.