Riot police engaged in argument with ambulance paramedics, claimed right to demand personnel replacement and will lodge complaint to the Fire Chief 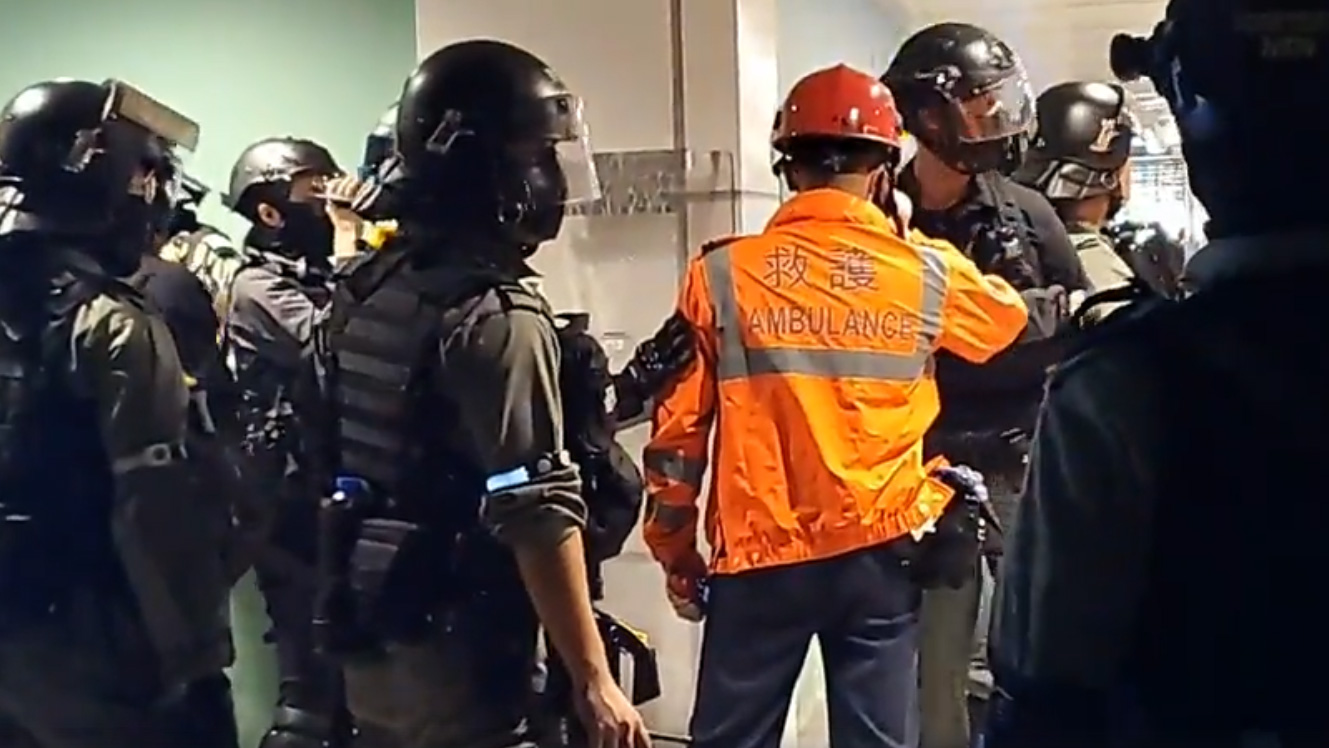 Following last week’s incident whereby a fire-fighter was manhandled by riot police, the cops once again engaged in arguments with the paramedics from the Fire Services Department, during last night’s (8th November, 2019) arrest of protests in Tuen Mun.

Cops at the time continuously heckled ambulance paramedics, challenging them as to why they needed to remind reporters on site to cover the operation, on multiple occasions declaring that they will lodge complaints at the Director of the Fire Services Department, as well as stressing that they have the right to demand the replacement of Fire Services personnel in attendance.

The police later led away the apprehended who was reportedly unwell, telling the ambulance crew that no one was injured, but the latter retaliated by accusing the former of being “bastards”, saying that they had just been attending to the injured. An ambulance crew then shouted that a cop called him “trash” while another cop with a microphone denying the claim, the police then immediately demanded that the ambulance paramedics leave.